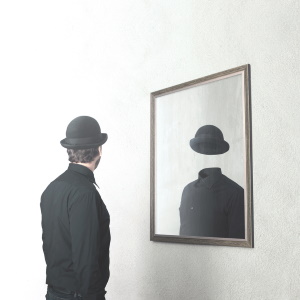 When a man disappears suddenly, it's usually an indication of deep issues that he has with himself.

You met someone great and spent some time blissfully floating around in a bubble of infatuation and hope when suddenly your bliss bubble is popped by the shock of sudden silence. Unfortunately, it's not uncommon for a man to suddenly disappear on a woman. If you're dealing with this situation, it's helpful to understand some of the likely reasons behind the disappearance.

They're Not Mature Enough for a Relationship

In most situations, ghosting occurs because the ghoster simply isn't mature enough to handle an adult relationship. If you've been ghosted, it's important to remember that the issue is on the other person's end, not yours. A healthy, upstanding man will have the courage and courtesy to let you know that the relationship isn't going anywhere. When a man disappears, it's often because he's not brave enough to say those words.

They're Dealing With Personal Challenges

In some cases, a man may disappear from a relationship because he's become overwhelmed with other things. This may be forgivable in extreme circumstances, such as the loss of a job or a death in the family. If your relationship was still in the early stages, the man may not have known how to open up about the painful feelings associated with these situations. However, if you were in a well-established relationship, you should consider this lack of communication a major red flag.

They Struggle With Anxiety

Anxiety can be debilitating for many people. If you're involved with a man who struggles with serious anxiety, you could get ghosted when he faces feelings or situations that he doesn't know how to handle. These men usually need to seek professional help or pursue serious personal growth before they'll be ready for a relationship. Speaking with a love psychic can help you decide if this type of ghoster deserves a second chance.

They're Keeping Someone As a Plan B

Though it's painful to realize, some men will ghost a woman so they can keep her around as a plan B while they explore another relationship. By keeping you in the dark about the situation, he also hopes to keep you available for future romance if plan A doesn't pan out. Don't play into this plan and wait around for a man who's ghosted you. Focus on loving yourself so you don't make any compromises seeking love from others.

It's important to note that none of these reasons for ghosting have to do with the ghostee. Don't let yourself wallow in a swamp of self-pity, and don't waste time begging the ghoster to return with an explanation. In a healthy relationship, you won't have to beg for attention or question whether there's something wrong with you. Hold out for that kind of love. 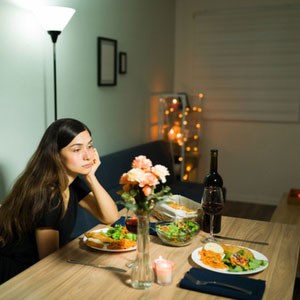 Am I His Backup Plan? A List of Warning Signs by Psychic Minerva

We all start new relationships with a sense of hope and happiness. However, despite strong feelings, something feels off and you wonder why. Are you the backup lover?