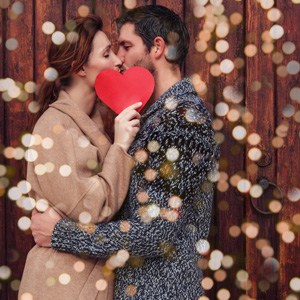 When it comes to love... Know what you know! 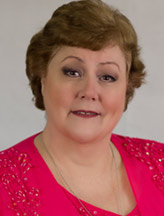 Get a Reading with Danielle x7913
The history of Valentine’s Day, and the story of its patron saint, is shrouded in mystery as is the phenomenon we call love itself. February has long been celebrated as a month of romance, and St. Valentine’s Day, as we know it today, contains vestiges of several religious traditions. What is known is that St. Valentine held a high rank in a Catholic religious order, and was a lead scholar in a movement known to us now as the Gnostic movement. The word Gnostic is a noun from the late 16th century, which came to us from Greek through ecclesiastical Latin and it literally means, “TO KNOW”.
So what is the point of sharing all of this background about Valentine’s Day? Saint Valentine, like most of us at Psychic Source, was a gifted metaphysician! He actually martyred himself for Priests and others to have the right and the freedom to experience and express their love of God and each other.  But what I learned from this great patriarch is what I would like to extend to you… when it comes to matters of the heart, you must know what you know.
A Story of Love
Back a few years ago, in May 2014, I had a client whom I shall refer to as Lisa (not her real name) who called me about a relationship with David (also not his real name). Lisa said she had “known” from the moment of their introduction that David was her lifetime love and partner.  It is not uncommon in my work to see one soul more evolved and in touch spiritually than another, and in many cases this means that one person will be at the finish line waiting for the other person to begin.
My work is to read what is true about the situation, and relay that truth to my client. In this case Lisa was correct, and the end play in her readings were consistently the four of wands, or the union of two families, which I always read as marriage. The difficulties lie in the process, which for many months looked impossibly grim. I would tell Lisa to know what she knows, and discipline her thinking, explaining the power of thought in manifesting. I have to say, that at times it would be easier, as a Psychic Advisor, to have just said let go of him and move on.
Not What She Expected
When Lisa called me back 2 months later in July to tell me that David had not only walked out on what promised to be a uniquely sacred partnership, but he had also jumped into a marriage with a new woman, it took every ounce of spiritual fortitude to stand firmly on what I was reading despite what this shattered, weeping and disillusioned woman was saying. As a spiritual advisor, I have to account to a higher power, and so despite appearances, I calmed her and shared a quote by Ralph Waldo Emerson in which he said: “Trust the instincts to the end, even though there can be no reason found.”  She was having none of it, and I took a verbal reprimand and poor feedback, which admittedly stung and I felt a minuscule bit of the martyrdom that Valentine must have felt, but I stood firm in what I knew I and continued to be shown.
The Power of Saint Valentine
Now, remember, I shared the date that Lisa had first called, because it’s relevant. The timeline was as follows:  Lisa met her life’s partner in May. David tried to annihilate the inevitable in July. I did not hear from Lisa again for seven months. Finally, in February 2015, a week after Valentines Day, I heard from an elated and enlightened Lisa who called to tell me that she first wanted to make an amends for her anger and misjudgments, that the marriage David had run to hide within was annulled inside of two months, that she and David had reunited, healed and were in a relationship so strong that neither of them had ever known the likes, and that on Valentine’s Day David had proposed marriage to Lisa which was planned for early that spring.
The timeline was outstanding to me because from May to February is nine months, which is the amount of gestation time for a full term healthy birth.  The Valentine’s day proposal was so profoundly significant to me because the lesson in this entire scenario is the lesson of St. Valentine. Know what you know, and when your heart says it’s profound love, trust that instinct to the end despite external distractions.  It can take a lifetime of practice to have the kind of confidence the Gnostics developed, and it is only natural to doubt what you know in the face of contradictory circumstances.
A Psychic reading from a gifted Love Advisor can help you to move forward by identifying and processing your feelings, by identifying patterns in choosing relationships that might need to be examined, and by lending insights into future “coming attractions” that might encourage and offer hope and confidence to someone who may be feeling that “all is lost.”  Let those of us at Psychic Source who desires to assist you in finding clarity and hope, help move you into a brighter future.
Call us today, and may all of your Valentine’s dreams come true.