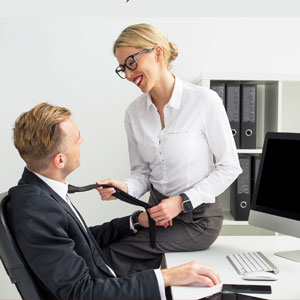 Is the thrill of dating your boss worth the risks? 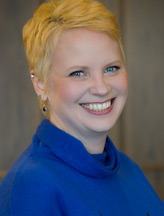 Get a Reading with Narnia x7735
Attraction between co-workers can be tricky in any job but the type of work romance that seems to be the biggest taboo is dating your boss.  There are many pros and cons to this type of relationship, whether it is deep and meaningful or even just a fling.
Working shoulder to shoulder every day with someone can build a sense of connection and emotional attraction that might not develop in other kinds of situations. Especially, if it seems like there is a singling out of a person from the crowd by a supervisor. It can make the underling feel special and desired in a way that can be intoxicating.
Can You Keep a Secret?
The need for secrecy in an interoffice romance can be an aphrodisiac. Having to sneak around can heighten an already passionate connection. Also, having a secret that no one else knows can deepen the feeling of connection, increasing the emotions involved. The fear of being found out can actually skim the surface of exhibitionism and make it more erotic.
Dominance and Submission
A power imbalance that comes from a connection between a boss and a subordinate can heighten the sense of desire. This is true not only for the subordinate that is attracted to a person in power but can also be exciting for the boss to be attracted to someone that he or she has power over. It can be played with, pushing the roles into ones of dominance and submission, for those inclined to be attracted to that kind of power dynamic, without being as scary as dipping a toe into BDSM territory.
Stress, Anxiety and Power
Unfortunately, the very aspects that can be so exhilarating can also turn negative quickly. Secrecy can lead to stress and anxiety. The constant fear of being found out can become heavy and daunting, and can lead to fights, frustrations, misunderstandings and resentment.
The power imbalance can be used to threaten each other. It isn’t only the boss that can manipulate and control a situation like this. The subordinate can threaten to expose the dalliance to get the boss to do something he or she doesn’t want to do.
Fear of Discovery
Fear of being discovered can lead to overcompensation by the boss, avoidance while working together, or no longer showing favoritism in a group situation, even to the point of ignoring achievements by the worker. This can lead to hurt feelings or a bruised ego for the person on the receiving end of this sudden change. It can even result in self-worth issues if it goes on for a prolonged period.
These smaller problems can lead to bigger issues such as sexual harassment complaints or rumors of “sleeping your way to advancement” that can hurt careers and even lead to lawsuits or being fired.
Workplace romances can be extremely intense and pleasurable but can also be dangerous and career ending. It is always important to weigh both sides before getting involved. If you want further guidance or insight, a call or chat with a psychic advisor might be the perfect next step.