Some men engage in extramarital affairs because they feel suffocated by their current relationships.

From young Hester Prynne of "The Scarlet Letter" to scandals involving celebrities like Tiger Woods and Ashton Kutcher, women often receive the brunt of the scorn and derision when it comes to their sexuality. This includes the caricature of the other woman, someone who engages in a relationship with a man who has already committed to someone else.

In the real world, however, could there be a positive side to acting as the other woman? Do these stories end happily?

Some Men Cheat on Their Wives as an Experiment

Men may want to know whether they are actually missing something outside the marriage. Maybe they feel stifled in their current relationships or perhaps they fear they made the wrong choice with their existing partners.

Such an experiment results in one of three outcomes:

You Could Awaken New Feelings in Him

A toxic relationship or marriage can have several negative consequences for both partners. A man might feel subdued, numb, or even severely depressed because his marriage is truly in jeopardy. Spending time with the other woman might result in an emotional and spiritual awakening and help him see what he's been missing in life.

You Could Provide Much-Needed Encouragement

Affairs are often passionate and urgent, leading both partners to consider new ideas in other aspects of their lives. You might offer your partner the gift of encouragement and praise. As you impart to him the knowledge that he can seek success in other areas of his life, he might become increasingly drawn to you rather than his primary partner.

You Could Make an Emotional Connection

Research shows that, contrary to popular belief, affairs concern more than sexual gratification. In fact, many people find they can love two people at once and that they enjoy deeper emotional connections to the other women.

If you're involved with a married or attached man, determine whether your time together extends beyond the physical. Do you laugh, challenge one another or talk about important issues?

You Could Help Him Realize What He Wants

Sometimes men who cheat on their spouses don't know what they want. They're confused; they know only that they aren't happy. As the other woman, you can help him discover his true path. Recommend he solicit online psychic readings for guidance and engage him in conversation about his future. Whether he decides he wants you or his primary partner, at least you'll help him make up his mind.

While adultery can hurt the feelings of everyone involved, it sometimes turns out well for the other woman. The only way to bring about this conclusion is to maintain honesty — both with yourself and with your partner. 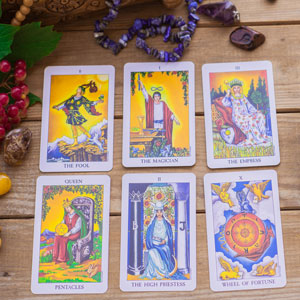 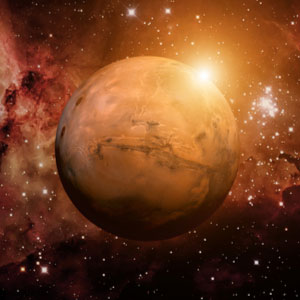 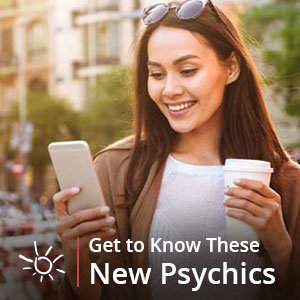 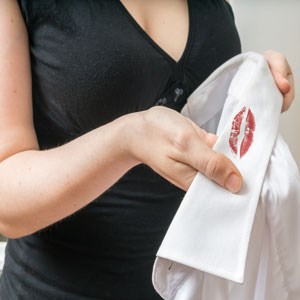 If your significant other suddenly seems different, pay attention to these potential warning signs of cheating and learn how to rebound once some time has passed.

Aspen2012: I am a long time customer, love your Psychics. I would have to agree 100% with "lotusb" that this article is in very poor taste. I was married to a man who loved me, he passed away, never cheated on me. Later I was in a long term relationship with someone who cheated on me only once. I knew the relationship was over, but I went to counseling, he would not go. I was still devastated and left him right away. I know the difference between right and wrong and I would never cheat on someone. It is a matter of a individual's character, their person's integrity. This is something no one can decide but you, no one can take that away from you either. I believe a secure and mature person will do what is right always. I feel saddened that society seems to accept cheating and divorce so easily. Like these two acts are part of the "norm". I was raised to be honest and responsible. Does anyone nowadays take personal accountability for how they treat other people. The "Laws of the Universe" hold us accountable. "What goes around, comes around". It takes a stellar person to do the right thing. It takes a coward to do the wrong thing. Having been cheated on, any "positives" this article may want to portray, can never diminish the devastation and "negatives" of cheating. Please do not sugarcoat bad or wrong behavior. "Cheating is cheating". Just like "Lying is lying".

Melanien: I undertand that you all want to be sympathetic to all parties involved in complicated and painful situations. And I have felt very comfortable asking for guidance on many topics, and love to be able to do that with this service. However, I do think, in my opinion, you all are walking a fine line with making this topic a featured story. Felt very low vibrational to me. There are countless topics to discuss on a higher vibrational level. I love this site and service because of the strong commitment to the highest quality of advisors and content!

Psychic Source: Thank you for taking time to comment lotusb. At Psychic Source, we offer unique content from multiple points of views and perspectives with our articles. We are not promoting cheating, nor are we passing judgement on anyone who does. We apologize if you felt that way. As the article states, the best possible outcome can only arise from honest communication. We are deeply sympathetic to all parties involved in complicated and painful relationship situations, and will support anyone in need with an objective and deeply intuitive psychic perspective.

lotusb: This is possibly one of the worst articles I've ever seen on this site. To consider that this site markets spiritual guidance and awakening this article is insensitive, inconsiderate and misleading.If a couple has issues it should be a discussion between them to decide what to do.Any person man or woman who entertains an attached or married person is selfish.