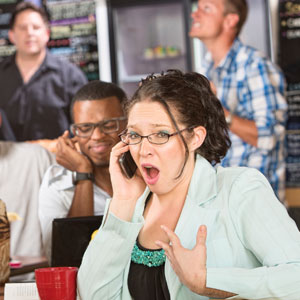 WHAT DID YOU JUST SAY TO ME??? 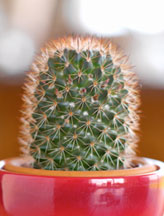 Get a Reading with Bastian x9391
There are many of us with active psychic ability out there and many more with the potential to awaken their gifts. Unfortunately, those numbers are dwarfed by the amount of people with no clue about psychic manners. Psychic manners you say? Thought so says I.  So this actually happened to me recently…
Don’t Drink and Predict
My band (yes, I’m not JUST a psychic) had just finished a set and two of us were taking a breather in the back alley when a man bursts out the door practically chasing us. He then walks two steps behind me and starts to… how can I put this nicely….  urinate!  Gross, I know right?!?!  He then grabs my friend’s cigarette and (you could tell he was way drunk by now) looks at me and says “I’m an Empath and I can tell you don’t like me.”
Of all of the responses I had at my disposal at that moment I chose not to psychic shame him by listing my credentials alongside his drunken faux-pas. I shut him down with a quick “Well, I’m into washing hands…” and a whole heap of unsaid but well-read glare. Now I hear you saying “But he was a drunk <Censored Word of Your Choice>!” Yes, yes he was at that moment but that’s not the only story I could share on the subject.
What Happens in Private…
One of my favorite teachers was constantly under the scrutiny of his wife because he had no psychic manners. He would walk up to anyone in his psychic sightline and start airing their dirty laundry in public! You can imagine the laughs had on the periphery but the horror-faces pulled by the receivers. Even the most well-intentioned of us can open mouth and insert foot, which leads me to this most helpful list…
The 8 Do’s and Don’ts of Psychic Manners
(but mostly don’ts)
1) DON’T READ PEOPLE WHILE DRUNK! As open to the ethers as you think you are your common sense filters are also down and more often than not you come across as a psychic predator, as evidenced in my story above!
2) DON’T SAY SOMETHING TO SOMEONE ELSE THAT YOU WOULDN’T WANT TO HEAR YOURSELF. Take a small moment to pretend you are the one about to hear this bit of otherworldly advice. Would it make you mad/sad/violent? Then, adjust your approach accordingly or keep it to yourself.
3) DON’T OVER EXPLAIN. This is one I used to have trouble with. I tend to go into teaching mode conversationally, especially after teaching at a festival, and I can over explain things because I really want them to get it like I get it. If you see people’s eyes glass over… stop and check in.
4) DO ASK FOR CONSENT FIRST.  If someone hasn’t approached you to share your knowledge and gifts, then they might not be in the mood or space to receive what you’re trying to share.
5) DON’T LIST YOUR CREDENTIALS. If you are listing all of your psychic gifts experiences and basically reciting your resume, then you are catering to a personal insecurity. It’s a form of justifying to yourself that you have the authority to say what you’re about to say and that’s why they should listen. When your wisdom is coming from a real place, you don’t need to pander to your fears, they’ll listen.
6) DON’T BE A PSYCHIC PREDATOR!!! I have seen way too many psychics acting like a big cat on the Serengeti pouncing on one of the herd. This makes a person feel like a victim and go on the defensive automatically when a psychic approaches someone in a group and then publicly airs things out loud and in front of their friends and strangers.
7) DON’T ASSUME THE PERSON YOU ARE TALKING TO ISN’T PSYCHIC! No one likes being talked down to. Be respectful of the knowledge someone might already possess.
8) DON’T BE PUSHY. They live their lives, not you. There is no such thing as a 100% complete psychic read. We never know fully what one person brings to the moment. We get impressions, images, feelings, and more, but never everything. You may have great advice but it is up to them to process and choose whether they act on it or not.
Remember what you have is a gift. It may disappoint you when people don’t do what you wish they would with it, but the best gifts are given with love and no expectation attached.  This list is just a starting point of helpful hints to remind you to use some basic common sense and decency when approaching a psychic conversation.
Did I leave any big ones out? Drop me a comment in the section below. If you need to talk, I am here at extension 9348!
Blessings on your journeys!
Bastian