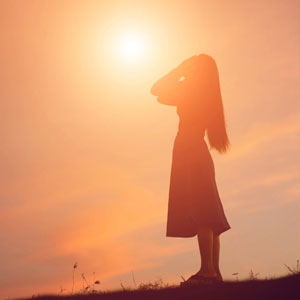 Yes, you can develop your own Psychic Abilities!

Get a Reading with Arthur x8237
One of the most frequently asked questions I get is: “Can I develop psychic abilities?” And the answer is, “Yes!”
To one extent or another everyone is psychic, but not everyone fully uses their abilities because they either don’t know they have them or they don’t know how to use them.
Also, when people first attempt to tap into their abilities (and I’m not talking about running out and grabbing a deck of tarot cards with a book), some struggle and get frustrated because they believe they should be able to psychically “see” something. In reality, their inherent psychic ability may be about “feeling,” “hearing” and/or “knowing” information and not “seeing.”
So, before guessing which of the psychic senses you may excel in, understanding what they actually are can be very helpful. In addition, this is where the 17th century French term “clair” (which means “clear”) is used to help identify the various forms of psychic abilities, with the most common being:
Clairvoyance: The ability to see things that are not within normal vision. These would be images that appear in the mind’s eye, also known as the third eye.
Clairaudience: The ability to hear things that the normal ear can’t hear. Usually this would be in the form of hearing the voices of guides and/or spirits. However, it can also be as simple as hearing the lyrics of a song that gives you an answer or message.
Clairsentience: The ability that allows a person to feel what others are feeling. This would entail feeling a person’s emotions or another’s physical pain. This can be a very difficult ability to process. This type of ability is also known as empathy or being an empath.
Claircognizance: The ability of having knowledge of people, places, and events that an individual would not normally have knowledge about. An example of this would be a premonition. A premonition is a forewarning of something that will happen in the future. Not all premonitions are about bad things; they can also be about good news as well.
So, now that you know what the most common forms of psychic abilities are, how do we improve them? Well, it’s kind of like the old joke where a guy walks up to a NYC cab driver and asks, “How do I get to Carnegie Hall?” And the cabbie replies: “You practice!” Same here. To become better at just about anything in life, you need to practice–and the same goes with perfecting your psychic abilities.
While there are many books out there to help people sharpen their psychic abilities, the one book I always recommend, especially after seeing the positive results experienced by many clients, is You Are Psychic!: The Free Soul Method by Pete A. Sanders, Jr. Using his extensive study of biomedical chemistry and brain science at the Massachusetts Institute of Technology (M.I.T.), he developed a method to tap into psychic abilities on command and offers a program of simple exercises to teach you how to experience nine senses instead of only five.
Another great way to understand your psychic abilities and how to develop them is to talk with one of the many gifted advisors at Psychic Source who are always eager to share their knowledge and expertise to help you with your psychic journey!
Stay amazing!
Arthur