What is a Shaman and what do they do? That’s a simple question with a complex answer.  But rather than try to give the dictionary definition, allow me to share some stories that may help clarify who a shaman is and what shamans do. 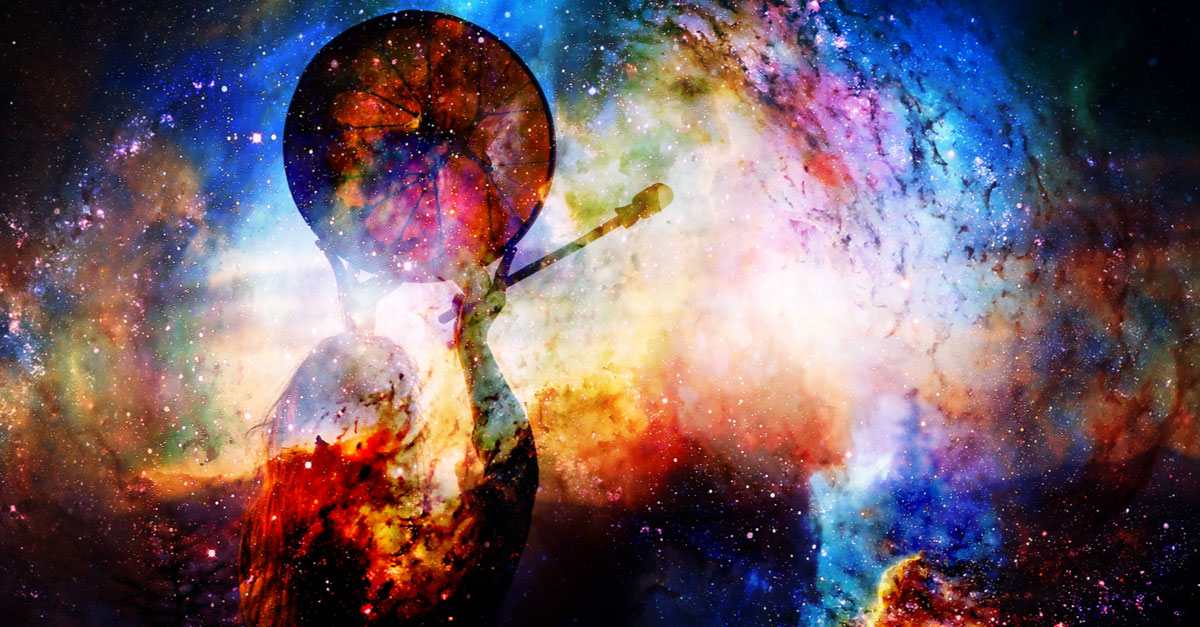 My first experience with a modern-day shaman was over 25 years ago with a man named Rob who was also my therapist. Rob was soft spoken. He wore crystal jewelry and Native American inspired clothing. He was exceedingly kind to me at a time when I resisted emotional connections and he supported me through, what I see in hindsight, a spiritual breakthrough.

Rob spoke of his trips to the American Southwest and about ceremonies that he attended. His own spiritual ascension was obvious because it showed physically. During a brutal Philadelphia winter, Rob was tan, fit, smiling, and peaceful while the rest of us were stressed out from the grind of being in a crowded, cold city and suffering from varying levels of Seasonal Affective Disorder (aka SAD.)

For those who live in cities, the pressure and effects are buried under a tough exterior, and it is only after experiencing different environments that you realize how your personality adapts to the things and people around you. It’s not just people, the animals that live in city limits also adapt. My friends and I joked often about squirrels dodging traffic and being aggressive about the morsels of food that they had to grab no matter what else was happening. Seeing anyone or anything in a consistent state of peace is something that you don’t forget.

Don’t Judge a Shaman by Their Appearance

More recently, there was a modern-day shaman on a popular television show. Not a spiritual show or a profile of Native Americans. The show was The Real Housewives of Dallas. Ok, hear me out… I am a fan of all of the Real Housewives franchises, it is just how I unwind. Anyway, the shaman on the show was working with one of the housewives through her spiritual journey. This housewife had already shared her struggles with her family, finances, and friends through many seasons. Her spiritual journey was necessary for her to keep her sanity and remain centered.

The shaman was known by the other housewives because of his day job. During the day, the shaman worked as a hairdresser who was renowned for installing very stylish weaves. Although the ladies were aware of the hairdresser’s shamanic journey there were ongoing jokes about his credibility and his methods. There were even accusations that his ceremonies were demonic. All of the housewives felt the need to announce their Christian beliefs and make excuses for why they participated in some of the shaman’s rituals.

OK, you probably didn’t come here to read about my reality TV obsessions, so why am I telling you all this? It is because these two examples of modern shamanism are to show the contrast of these spiritual practitioners and their everyday environments. Of course, adorning themselves in crystals and wearing clothing that allow ease for movement and meditation made them standout. In modern times, one’s physical expression is not judged as quickly or harshly as in the past. However, the revival of Christian values in American culture puts alternative views under intense scrutiny. In the case of the Real Housewives of Dallas, the shaman was unfairly subjected to ridicule. 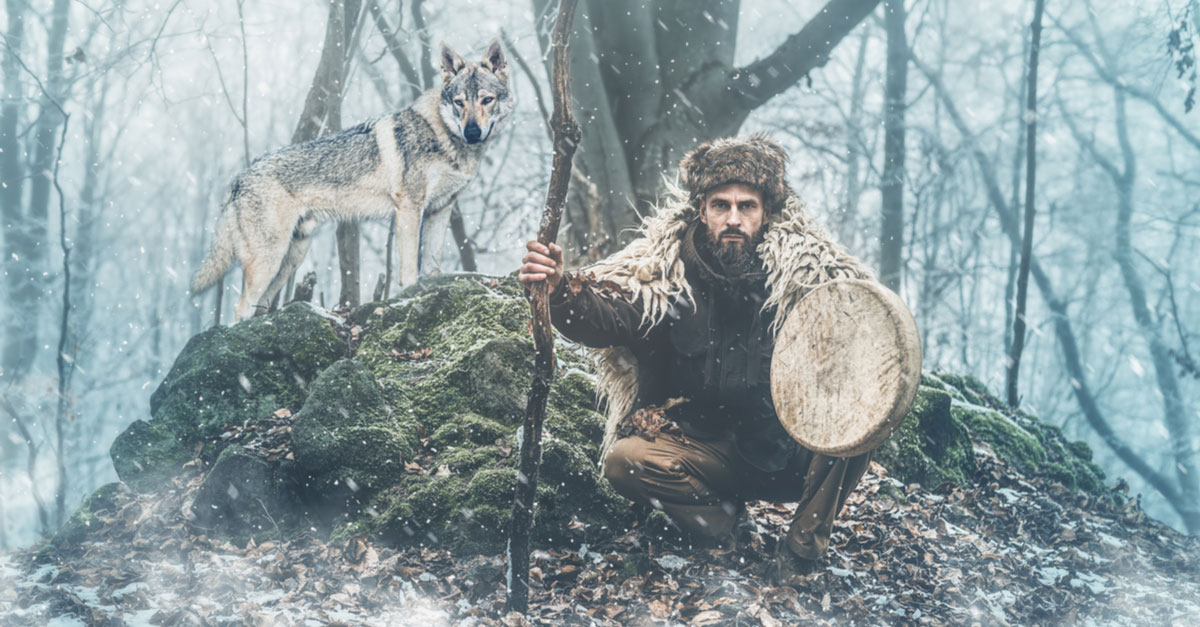 The Spiritual Work of a Shaman

What no one explains, except the shaman himself, is that spiritual work is a calling. A spiritual awakening often happens during times when worldly and material methods do not work. For those of us who are spiritual, we can see the connection between many events that lead to the spiritual awakening, and we attribute the events to God or the Universe. Many times, we believe that what we learn in challenging times can be taught. For those who use rituals, we practice and teach the things that worked for us and others. Ancient rituals are often learned from masters directly, either during our healing process or in a more direct learning environment. The purpose of the shaman’s interactions is to raise another’s spiritual awareness, so they can purposefully overcome life's challenges. It is a tremendous responsibility and those who feel called to it spend their lives developing skills and being mindful of their own spiritual ascension.

What to Expect on Your Own Shamanic Journey

If you are beginning your own shamanic journey, here are five things that you can expect:

The fascination that people have with spirituality has led to tremendous diversity in spiritual practices. Therefore, the above list is very general. Choosing the shamanic path means that you want to advance and ascend in the spiritual realm which requires dedication and faith. Shamans are widely known as teachers, but they are often sought after for their supernatural healing abilities. Those who heal are usually shown powers before they understand them and study under an elder to develop and focus their skills. Healing is more than a calling; it is a gift from God that is highly respected. Healers and teachers can be considered one group, but for healers the call is more of a realization of powers that they already hold, and the journey is focused on control and application. It is the healing aspect of shamanism that gets the most resistance. The Bible has examples of Jesus healing people and Christian practitioners of healing do so in the name of Jesus. If one is practicing healing outside of Christianity is it usually considered demonic. The emphasis is not on the outcome but on the spiritual source. 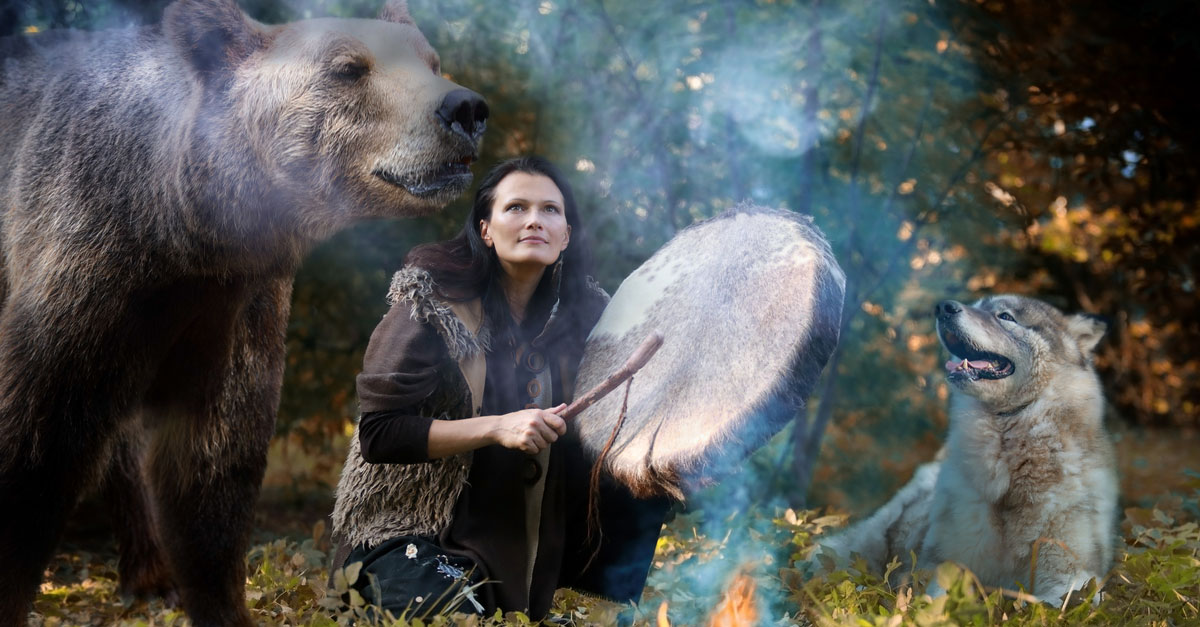 What is Shamanic Healing?

For the healing shaman who has learned the practices of an Indigenous culture, they justify their practice by focusing on the outcomes. Whether they believe that the source of their healing power is from nature, the universe, or God, the emphasis is on the process. The “miraculous” aspect of healing also attracts resistance. Miracles are always attributed to Jesus in Christianity. Anyone who has had a healing miracle will also meet with resistance when they share their experience. There is a fascination about miracles and healing that is reflected in television profiles and documentaries. Unfortunately, the focus of those inquiries is on the likelihood of fraud. Even those who recount their healings have their integrity and sanity questioned.

There is no question that shaman have advanced spiritual knowledge and their followers have access to exceptional experiences. The extent of their powers is often in the hands of the person seeking service. The receiver must believe as much as the giver, which is why the shamanic journey varies. All of the steps are taken but the duration and intensity of the journey varies. Some take advantage of their intuition and learn the tools of divination. Some tune into their natural gifts to communicate with those who have departed. Others go further and study the rites and rituals of Indigenous cultures. All of these journeys take time and focus and none of them guarantee success. The dedication to the shamanic journey is a lifetime mission and depends on sharing with those who feel attracted to our energy.

Those of us who use tools of divination including tarot, runes, and pendulum have learned from other readers, books, programs, and our own experiences. However, the best measure of our spiritual connection is our interactions with those with whom we share our gifts.

Your feedback is welcome and appreciated. How else would we know that our connection to the Divine is strong? Again, while we have the responsibility to nurture our own spirituality, we interact with people who must also have faith. In any shamanic journey practice, the trust between the people involved will be reflected in the quality of the outcome. The goal of the shaman is to master their own practice, to sustain their faith and have faith in their own connection.

Speak with a Psychic 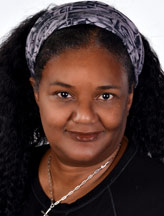 Get a Reading with Ivanka x3372

Ivanka has been doing professional psychic readings for 25 years and uses tarot, oracle, and playing cards for readings on Psychic Source. In addition to developing her intuitive skills and studying the occult, she has advanced degrees in Psychology and Statistics. Ivanka’s hobbies are gardening, cooking, camping, and playing bridge.

Analyzing and Journaling Dreams for Spiritual Growth by Psychic Ivanka

How to Let Go Using Spiritual Alchemy by Psychic Spring

What is Spiritual Alchemy? Discover it's important power and how it can he used to help let go of the past, possessions and people in your life and begin the healing.