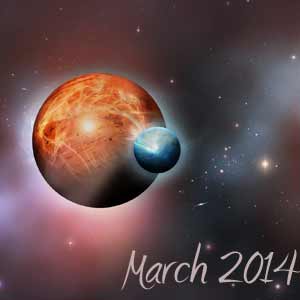 What's in the numbers for March?

Numerology is a science that deals with numbers and the energy each number gives off. The numbers that affect us all in the month of March of 2014 are the 7 and the 1.
Here’s how you get these numbers: You have to add all the digits of the Universal Year Number (2014) and then reduce it to a single digit (2+0+1+4=7).  So the Universal Year Number for 2014 is 7. Now, to get the Universal Month Number you have to start with January and add 1 to the
Universal Year Number, because January is the first month.  February is the second month, so you would add 2.  March is the third month so you would add 3, and so on and so forth. You add the Universal Year Number 7 plus the Month Number for March which is 3 (7+3=10).  Then reduce it to a single digit (1+0=1).  So, 1 is the Universal Month Number for March 2014.
Universal Year Number 7
The 7 is a very spiritual number, and it can open us up to different dimensions and sharpen our intuitive awareness.  This year people will want to spend more time alone to help them understand the deeper insights that are coming to them.  Research will be rewarded with great discoveries.
I also see more of us making contact with extraterrestrial beings!  Psychics and scientist of every description
and kind will be thrust into our popular culture!  This is truly a year when the “New Age” people will have their day in the Sun.
Universal Month Number for March 2014 is 1
The 1 is a number of new beginnings, and it bursts forth with energy and enthusiasm!  We all will have an opportunity to start anew.  The fighting spirit will be amplified and some nations may engage in internal warfare.  New stars will be born in the entertainment world.  People will push the envelope and new world records will be set in sports. The competitive spirit will prevail and impel people to reach the top of their chosen field.
Now for the combination of the Universal Year Number 7 and the Universal Month Number 1
I see it creating a feeling of separateness and a strong need for independence in people and nations.  Agreements will be broken by major corporations that’ll lead to new corporate entities being formed.  Medical breakthroughs and the new healthcare law will change the way we look at health and health insurance.  Divorce among high profile people will plaster itself to the consciousness of most Americans.
On a personal level, this will be a time to gain tremendous insights into what drives us and how we can align our spirituality with our goals.  Good luck. 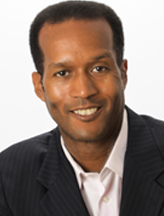