No one truly knows where the Tarot came from. It is a mystery just like the Tarot itself, but the most common guess is that it comes from the mystery schools of Ancient Egypt. Like the Ancient Egyptian hieroglyphics, the Tarot speaks to us through a language made up completely of pictures and symbols. It is a system of spiritual knowledge that uses numbers, astrology, archetypes, symbols, colors, and images instead of words.


The most obvious symbolic language of all of the Tarot cards is the numbers and the four suits: wands (batons, staves), pentacles (coins, disks), swords, and cups. It is the combination of the meaning of the number, the meaning of the suit, and the images on the cards, along with intuition, clairvoyance, and clairaudience, that leads to a complete interpretation of the messages of the Tarot. When a spread is laid out, the symbols and images come to life to guide you and to tell you the messages that you need to know. 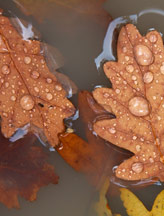