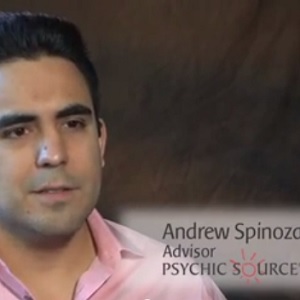 Andrew explains his experience, as well as the importance of, his participation in Martin Sheen's Breakthroughs series. Watch it now!


It was a lovely but turbulent ride down to Florida, on our way to film a TV segment on the contemporary value of psychic advice in modern society. Libby, the other psychic going along, was seated next to me and we were discussing the Buddhist notion of Samsara: the idea that we are perpetually stuck in a wheel of existence, mired by incessant desires and feelings of dissatisfaction as it goes round-and-round. Also, that it’s ultimately our fate to endure this process and become aware, as well as gradually make our way towards a final release from the wheel of Samsara—a release from suffering.
Suffering is such a loaded concept to try to process. Every person alive is familiar with it, but it’s as subjective as pain. Can anyone ever really understand what we’re are going through? And as intuitive persons, WE are even further marginalized—constantly hyperaware and easily misunderstood.
So, there we were at 30,000 ft. above the Earth, two psychics, geeking out on existence and loving every minute of it. All of a sudden a violent jerk jostled our cabin, and the collective gasp that it conjured turned my attention to the window. I could see our plane flying through the agitated atmosphere. Most of the passengers shrieked in unison when we abruptly dipped into the buoyant sky, reminding me of 8th grade carnival rides that used to bully my stomach.
Libby and I sat at the back and took it all in. We never broke from our conversation other than to knowingly glance at one another in understanding. We probably looked odd at the moment, since we seemed pretty untroubled by the flight’s tantrum. But that’s why it’s so important to connect with like-minded people during tough times.
I looked out the window again and immediately noticed that just beyond the dark clouds and the heavy rains you could literally see a silver lining. The brightness of the morning sun (did I mention it was an EARLY flight) caught my eye, reminding me that darkness and commotion are impermanent.
I put my sunglasses on and turned back to our conversation. Libby and I kept talking about existence, certain that ours was not about to end on this flight. We’re both old souls (most likely on our last legs of reincarnation and ready to exit the cycle) and so we exchanged another brief smirk and continued our stimulating discussion.
On the day of filming it was especially hot and humid in Boca Raton. We had to film without air conditioning due to some noise interference (or perhaps simply to torture us) and under the intense filming lights the heat was amplified. It was so hot that it prompted a spontaneous striptease on my part since I had made the decision earlier—in my air-conditioned hotel room—to wear layers. Regardless, I melted.
But even as I sat there sweating, I kept my composure because I could sense the significance of what we were doing. The questions we were answering and the direction that the project was taking made me believe that we were truly beginning a cultural shift.
Inviting the world into a reality shared by psychics and those that connect with them—a shared space of creation and healing—is a significant step towards changing the trajectory of our evolution. We’re headed towards the kind of world where we no longer compete with one another, but rather dance with each other. It’s a world of collaboration, and I believe that it’s those of us that cultivate the intuition that will ultimately be responsible for bringing about that change.
What an honor it was to participate in this conversation. I know that our clients are special, they are as gifted as any one of us—we that call ourselves “psychic.” And sharing this message will begin to agitate what the rest of the world calls “common sense,” because the message is clear: People want to connect with psychics because they are psychic too!
You can imagine a world where everyone nurtures and develops their psychic potential.
WE recognize that there is a world out there where the intuition rules—a realm that transcends the rational everyday picture of reality. It takes one to know one, right? 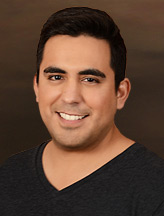