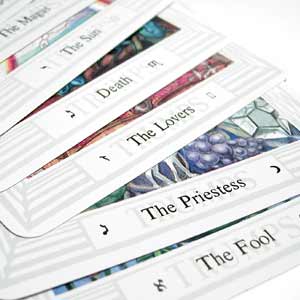 The Tarot does more than predict the future... 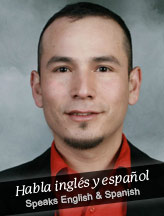 Get a Reading with Orion x9761
The Tarot is a powerful tool used to understand existence and delve into the mysteries of life. When I read the tarot and for example, the card of the Sun appears, it is an older arcane that speaks of the same physical sun, which is the first source of energy according to science. In the Tarot, the sun means internal enlightenment, knowledge and clarity of things but also speaks of the physical sun as creator of existence and enlightenment.
Understanding the Moon
I strongly believe that tarot is not a mere superstition, but rather a sacred book that guides us to understand the function of the universe and to know oneself. For example, the card of the Moon means the mind, the illusion, the deceit of the mind, and the fantasy. Scientifically, the moon influences the human psyche and the menstrual cycle of women. Scientists have proven how the gravity of the moon influences the existence of life.
The Mystery of Tarot
The card of Death, for example, is a natural event, and when we reflect on death we find a reality that must be understood. They are archetypes that are in existence itself, like the devil's card that is the same ego or human evil that is evident. Even so there are positive cards that really describe the beauty of the universe as the letter of the world, which speaks of the wealth of this planet with its minerals and its fruits, as the cause of the same life because everything comes from the earth. There are other cards like the Priest who speaks of that mystery, when you discover that you are yourself, you are the temple of life and the high priest in the temple of your being.
In the Tarot we find 22 major arcana worthy of study, 11 are positive and 11 are negative and that is why the number 11:11 is a number that brings this duality into harmony. The nature of the Tarot is not mere speculation or superstition as many have proposed because it shows us the reality that we should understand. Understanding the Tarot is to understand the nature of things that happen in life and why of existence itself.
Creating Reality with the Tarot
Tarot is not only a tool to predict the future. It is a tool to modify the future and create our reality at will. When we understand the nature of things we can change them.  If we do not understand the nature of suffering, the universe, money, love we continue to suffer until we understand the true nature of our evils, when we can escape the negative and create the positive in our lives.
The Tarot is a guide that helps us to strengthen the law of attraction that is always working. That is why many renowned scientists as Carl Jung were interested in the Tarot for its meaning rather than symbolic and metaphorical, scientific and self-knowledge. The Tarot is a tool with the power to modify the conscience and the reality of who studies it because it shows you the creative power that is in you.