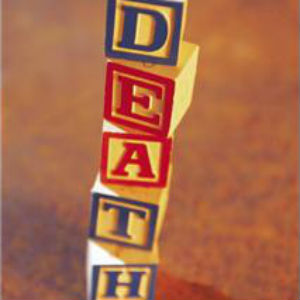 Do you shutter when the Death card is pulled in your reading?

Nothing seems to strike fear into the hearts of individuals like seeing the “Death” card when having a reading.  It looks so ominous and overbearing.
As a psychic-medium, I rarely use the tarot deck during my readings with clients unless they specifically ask that I do. But when I do, I can always sense the feeling of unexpected shock when Spirit leads to this card.  I’d like to share some insight into the meaning of this card to help to clear away so many of the stereotypes and preconceived notions.
In case you’re wondering, the answer is “No.”  No, it doesn’t mean that you’re going to die.  No, it doesn’t necessarily mean that someone close to you will die.  No, it doesn’t necessarily mean that something precious to you is drawing to an end, and no, it doesn’t mean that your hopes and dreams are going to have to be placed in the ground.
Unfortunately, because of improper training and ignorance in the arcane sciences, there are many charlatans out there who have helped to promote fear and confusion with this card.
The Advisors at Psychic Source want you to be informed so that you can take control of your own life and destiny. You will never hear an Advisor intentionally trying to frighten you to control your emotions or feelings.
Simply put, the “Death” card symbolizes new beginnings and fresh starts.  Although the appearance of the reaper or the “death angel” may look quite dark and haunting, the meaning behind this particular card in the arcane sciences is that of resurrection and rebirth.
If you’ve ever attempted to learn greater insight into your spirituality, you know that “death” itself is merely an illusion.  Nothing dies; it merely changes forms and sometimes becomes a little different based on our perspective.  Death is, in and of itself, a new beginning and a point of transition, from one state of being to the next.  This is, in no uncertain terms, the pivotal purpose of the “Death” card also.
That being said, let’s be honest.  So often the process of experiencing death in any form can almost always seem and feel very painful.  It’s hard to let go of things that are familiar to us.  We live our lives thinking that things are so eternal when, in fact, so many things that we’ve been taught to cling to are simply just passing through.
If a relationship ends, it can feel like death.  When you’ve spent the past twenty years working at a job that you love, only to be terminated unexpectedly, it can feel like death.  When the man who said he would always love you simply walks away without even sending you a goodbye text, it feels like death (and hurts like Hell).
However, in the tarot arcana, one thing to keep in mind is that we’re always being driven forward.  That’s how Spirit works.  Even when we feel trapped, the outside world around us is constantly being driven forward, encouraging us to join in and progress.
This card symbolizes that transition more than any other card, in my professional opinion.  It symbolizes an ending of old things and the birth of new opportunities.  Maybe you’re feeling stuck in a dead-end romance that seems to be draining the life out of you.  Perhaps, each and every time you walk into the office, you feel as if you’re literally going to pass out because of the tremendous negativity there. Perhaps you’re about to experience the death of old, unhealthy things.  That, in itself, is a very positive thing! 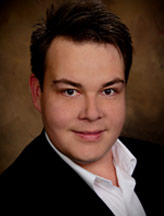