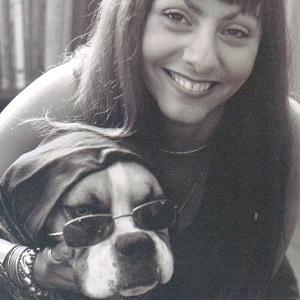 One day, while waiting in my chiropractor's waiting room, a stranger walked up to me and told me that he thought I needed a boxer. I thought it was weird that a complete stranger would say such a thing, but I realized that the universe had delivered a message to me that I should consider. So I started on my search. I must’ve looked at a hundred puppies, they were all adorable, but none of them told me they were my dog. That's what I rely on; the dog telling me that he’s meant for me. I wasn't doing very well financially so the cost of these dogs seemed steep, but I also knew that when my dog found me he would be worth every penny no matter how much I paid. After months of looking, really missing having a dog in the house, and not knowing what else to do, I found out about the Boxer Rescue LA, and I KNEW that my dog was there!
I made an appointment and rushed down to finally get my dog. The wonderful, huge-hearted woman who runs the rescue met me and asked me a thousand questions. By then I had been having dreams of a big white male named Bosley, so I told her I wanted the biggest, whitest male she had. To this request Ursula said, "No, I'll find you a small female." I was furious that she didn't trust me with a large male after owning a 90 pound labby and a 90 pound wolf, but she was the last stop on my own personal boxer express so I humored her and looked at the dogs. I liked the dogs, but they still weren't mine. After she and I were both exasperated, she brought out one more dog. As soon as I saw her I involuntarily squealed, "Samantha!!" And it was done. I had found my dog at last!
Samantha was rail thin and covered in scars from scrapping at the rescue, but she was so sweet and so sure that we were meant to be together that we rushed through the paper work and I brought her home. Poor Sam was badly traumatized, had clearly had puppies taken from her, and was very aggressive. She bit everyone who she couldn't immediately identify as my friend so my work was cut out for me. I loved her, hand fed her and taught her right from wrong. But mostly, I showed her that she was going to be safe with me forever.
A year later I had a gorgeous, perfect dog whose heart still ached for the loss of her puppies. In short, I was happy, but she still wasn’t, which was unacceptable. One day my boyfriend had the idea that maybe Sam just needed something to take care of, and we decided to call Ursula and see if any of the other boxers needed special care. That began a yearlong journey watching Sam nurture sick, dying dogs back to health. It was so rewarding, and it made Sam the happiest dog on earth! After about a year I stumbled into Boris, a half boxer, half American bulldog, and our medical fostering was over for a while. We all fell madly in love with him, adopted him, and stayed together until the very end.
This story began in 2000, and now 12 years later, I have become a regular in the Phoenix dog rescuing circuit. Currently I have a Lhasa Apso mix named Henry who has been a behavioral problem and difficult to place. Henry has been with me and my three rescued dogs for about two months, and as I write this he is happily and peacefully playing. Rescuing is so rewarding. Everyone wins, so once I started there was no stopping.
People hear bits and pieces of what I do and try to congratulate me, but I'll never take a single word of praise for as long as dogs are dying in "shelters" everywhere. There is always one more to save, one more who needs donations for medical needs, one more with a broken heart that needs mending. If you think this may be something you would enjoy doing then by all means do it! I dream that someday the loving, compassionate people will outnumber the cruel people who abuse or abandon perfectly healthy dogs. 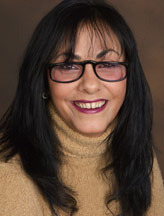