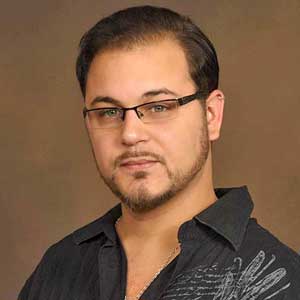 It is with great sadness that Psychic Source says farewell to one of our own. Psychic Advisor Daniel passed away suddenly, taken from us far too soon.
Raised in the South, Daniel loved the warm weather that surrounded him, allowing him to connect with nature and spirit at a very young age.  He excelled in his academics receiving numerous awards and recognition, even being voted “Most Likely to Succeed” by his classmates.  He also developed an interest in numbers, which led to his study and practice of numerology at a later age.
Daniel was not into “material things” like so many kids his age, but rather he sought a higher level of learning.   His family remembers that Daniel understood so much and put things together on a level beyond anything they had ever seen before.   He eventually turned these passions into a book that was published, and Daniel used his gifts to help others as a Psychic Advisor.
Working with Daniel was a truly unforgettable experience.  “Whenever Daniel called, it was always more than just talking about work, it was like catching up with an old friend.  He had a way to remember the little things you told him, you could tell he really cared about you,” recalls a Psychic Source Staff Member.  “Daniel’s birthday is exactly 6 months apart from mine and he always told me that we were “Twin Flames.” Everyone at Psychic Source is heartbroken to learn of his passing, he will be missed very much.”
The customers who had the privilege of receiving a reading from Daniel were the lucky ones.  Daniel prepared for readings by performing a cleansing ritual to insure he would be completely focused on the voice on the telephone.  And it showed.
Take a look at just a few of the many positive reviews left for Daniel over the 3-1/2 years he worked for Psychic Source.

Ncyr8571: God Bless this Angel, his family and friends!