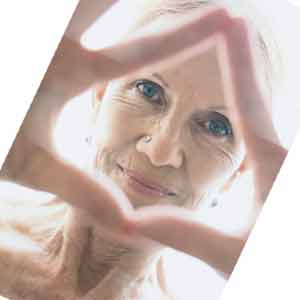 It's amazing that a seemingly ordinary person can see through the portal to the other side.

Albert Einstein said, “The further the spiritual evolution of mankind advances, the more certain it seems to me that the path to genuine religiosity does not lie through the fear of life, and the fear of death, and blind faith, but through striving after rational knowledge.”
Einstein had a rather mysterious way of looking at spirituality and calling it something else. He also had a way of taking the bizarre and making it believable—a marked trait among psychic mediums.
Mediums—extremely gifted, sensitive souls—are transients, traveling between ongoing fluxes of real and imagined.  Mediumship is the prize of a lifetime (if one can handle things going bump in the night). Mediums are natural catalysts for healing and have the ability to peer into teary eyes, while listening to the disheartening cries of fellow humans in limbo amid collided worlds (one pre-death, the other post-mortem).
Death often masquerades as an unexpected intruder with no warnings and no final goodbyes, leaving friends and family lost within a maze of immortal sorrow.  A father challenged to explain the mother who will never return; or the mother who lost her only son to a ‘freak accident.’
Perhaps the most harrowing of all deaths involves the grizzly terrors of the soul held captive within the bitter throws of suicide. Survivors wait behind crashing waves of perpetual grief, thirsty for a sign of enduring life beyond the veil.  A familiar smell, a dragonfly, a butterfly, or a song calling memories of a deceased loved one.  Validations like these surge forward during sessions with gifted mediums.
A magical connection ensues, and the “it will be okay” feeling emerges, because a fellow human—seemingly as ordinary as you—bridges the gap. Mediums defy space, gravity, and reason. They peer relentlessly through the veil, gathering and delivering heartfelt messages of love. Sometimes they literally spell out dates, names, places, and events no one could know except a transitioned loved one.   These earmarks of healing, cleansing, and closure set mediums atop other psychic readers.
Communication with the deceased is normal and often easier than communicating with the living. While mediumship has faced looming controversy in some cultures, it still remains threaded through the history of all religions. It’s the one sonorous and spiritual proof-carrying craft of life after death.
Some rationalize death, perhaps because its universally communal fear and the hope that life after death exists.
After thousands of years of debate, there’s still no tangible, scientific proof of what lies just beyond the grave; or is there? Patrons have consulted mediums throughout the ages seeking evidence of ‘the hereafter.’ Helen Keller held the view that, “Death is no more than passing from one room into another. But there's a difference for me, you know, because in that other room I shall be able to see.” Keller was on to something. She definitely couldn’t see, nor hear, so was the child-prodigy clairaudient and clairvoyant? One would suspect… 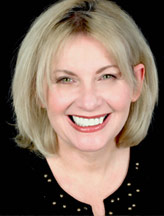