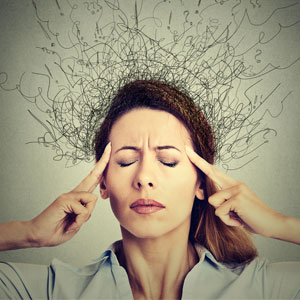 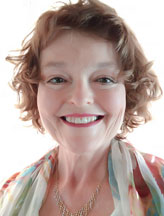 Get a Reading with Evelina x3078
The Cambridge Dictionary describes Telepathy as: “Communication with another person by thinking rather than by using words or other signals.”  Have you experienced this sensation yourself, as if you are on a deeper level with someone (a loved one or a complete stranger) and know what they are going to say, without ever speaking a word?
Before I realized I was psychic, I'd probably picked up on people's thoughts for many years without knowing it. Sound familiar? How do you know if a sense of strong connnection is a mere coincidence or the signs of your own true telepathic gifts?  Allow me to offer four ways to test whether you may be telepathic by sharing some personal stories of my own that you might also relate to.
#1 - Wait Before You Speak
The first person whose thoughts I was aware I was “reading” was a man I had dated many years. But it took me a long time to accept that telepathy was happening. I was skeptical. So, I tested it, many times. When it “felt” like a thought was not mine but his, I would wait to see if my friend said it. Usually, he would. Since then I have done this test with many people.
The trick is to hold back from saying it yourself. That requires mindfulness. Observe your thoughts, and think before you speak.
#2 - Consider the Context
In the early 90s I was supervising a person who had screwed up big time. In one of my early meetings with him to straighten things out this thought popped into my head: “I need a drink.”  I had not had any desire for alcohol for many years. I just never wanted it.
I continued the conversation but observed what was happening inside me. I had felt no emotion with the thought – and I would have if I had truly wanted alcohol. The situation was tense, but wanting to drink was not a way I responded to stress.
A thought is likely not yours if it:

#3 - Note When a Problem’s Solution Occurs to You
Once I understood my gift I started consciously using it in the workplace. Often I would mull over problems alone. I would look at the situation from all angles. I am pretty good at identifying options – I have always been an “idea person.” Later, in meetings, I was prepared to share my proposed solutions with colleagues and bosses.
But often, sitting there in a group discussion, a completely new idea would pop into my head. “Why didn’t I think of that before?” I might have asked myself. Instead, once I became aware of my telepathic abilities, I would scan for who had silently originated that idea.
I then had three choices:

* do nothing and wait for the person to make the point I “picked up on.”
* propose the idea myself, or
* direct the conversation in a different direction.

The ethical choices were clear. The above three choices corresponded with:

This puts a whole new spin on workplace politics, doesn’t it! Deciding how to handle the accompanying ethical challenges was also part of my learning curve.
#4 - Mindfulness is Key
To figure out if you are accurately accessing other people’s thoughts, you must first be aware of your own thoughts and emotions.  While I was learning to use this gift, and still sometimes today when I am not being mindful, I would often say something before I realized where it was coming from. The other person nodding vigorously is one sign I’ve just expressed what they are thinking.
Want to learn more? In a psychic reading, we can discuss what you have already done to develop mindfulness. I can ask your guides and/or Higher Self whether you are a candidate for developing telepathy.
Although not every person is capable of psychic communication, everyone can learn to be mindful of what goes on in their head.