I believe alien life is quite common in the universe, although intelligent life is less so. Some say it has yet to appear on planet Earth. – Stephen Hawking

Aliens, alien life, and extraterrestrial beings exist. They are a vital part of the energy and magic of the Universe. Not only do they exist, but aliens also offer benefits to our existence.

Many alien civilizations existed before humankind was born on planet Earth. They came from other planets to seed Earth and help our hybrid humankind species to be born. According to Adriana John, author of “10 Alien Races in Contact with Earth Believe it or Not,”

“Some alien species chose to interact with certain tribes on Earth that they just happened to get along with better. The Scandinavians had the Nordics and the Dogon’s; A tribe indigenous to Mali in Northern Africa had the Nommos who hailed from the brightest star in our night sky, Sirius. The Dogons knew centuries before modern science caught up that Sirius is actually made up of three stars. And they even knew how long it took for Sirius B to go around Sirius A. Considering that they were millennia away from inventing devices powerful enough to see Sirius close-up, it makes sense that they had visitors from that section of the galaxy who told them about it.”

Aliens have left evidence on our Earth plane that they are masters in use of sacred geometry, building algorithms, transmuting sound vibrations and the color spectrum to alter time, space, and the atmosphere, into altered states of being for inter stellar travel. Aliens are technologically adept alchemists, physicists, geneticists, biologists, mega architects, expert builders, and healers. They intuit unseen things, then use this power to focus precise energy to create and alter reality.

Aliens - They Never Left Us

Aliens are still in contact with us to this day. Species from far off galaxies teleport in spacecraft that land and hover over our planet every second of every day. They come to Earth to track how humans are progressing in our evolution. The National UFO Reporting Center receives and records hundreds of reports every month. According to statista.com, there were more than 6,000 in 2019 and over 7,000 in 2021. And what about all the unreported global sightings, interactions, and downloads have been reported for thousands of years?

Aliens engage in interspecies trade and development by employing the secrets of crystals and light combined with geometry to glide through space and time to shift realities. Their methods of interdimensional travel and communications will be used by us to visit galaxies throughout the universe someday.

Aliens such as the Arcturians from Alpha Boötes galaxy near the Milky Way, have been confirmed by America’s well know psychic and empath Edgar Cayce. According to ufoholic.com, Edgar Cayce believed these beings are the guardians and protectors of higher consciousness. He called them the prototype of our future. Arcturian civilization, went through a similar evolutionary process to the one that humanity is at the cusp of going through now. According to Cayce, Arcturus is a gateway between life and death. It is a station that non-physical light consciousness passes through to become more accustomed to the physical dimension.

UFOs - They Are Here!

The presence of UFOs (Unidentified Flying Objects) has been confirmed by millions of people across the globe including former astronauts, military elite, and even former presidents such as Jimmy Carter. The presence of UFOs with alien inhabitants have been confirmed by the long-running Ancient Aliens series on the History Channel. Alien life has also been confirmed recently by Matias De Stefano in his Initiation series streamed on Gaia. In the series, Matias vividly remembers the appearance, traits, cultures, of many galactic species, such as Pleiadeans, Andromedans, Sirians, Sassani’s, Anunnaki’s, Reptilians, Zeta Reticulans or Grey Aliens, Alpha Draconian. Matias recalls living in advanced cultures with beings on different planets and galaxies.

There are also alien genetic hybrids resulting from the cloning of DNA with other planetary gene structures to create super beings exhibiting the best of each alien archetype. Some species are warlike, some hostile, some peace loving, some highly spiritual, some innovative, and some highly intelligent, deemed geniuses by Earth standards.

Aliens - Why Are They Here?

We are part of a larger interspecies and intergalactic family. Aliens want to help us understand our shared ancestral blood and interplanetary DNA line and release us from ignorance by making sure we know where we came from. They have opened the akashic library of intergalactic gnosis for us, making a new millennium of higher understanding and astral ascension possible.

The most powerful force in the universe is love. Aliens know that the energy of unconditional love is the key to our human ascension path and are here to guide us towards that energy. Once love has been infused more fully into our beings, we will be ready to receive them without fear, harm, or war—as we often engage with others on our planet of a different skin color, gender, or social status.

When that evolution of love has been achieved, other benefits to humanity will follow. We will have moved into the heart space that defines the Age of Aquarius. This frees humanity to make a quantum jump in peace and prosperity. As soon as we are ready, aliens will guide us to invent and rediscover substances that can heal, cure, and sustain the life of their Earth kin. They will help us eradicate diseases that were abolished on their planet eons ago. Medicine won’t be the only field that benefits from their generosity. Our minds and imaginations will open to infinite possibilities through their help, including the invention of new light, sound, solar, and frequency technologies that make human life easier on Earth.

These so-called aliens or extraterrestrials are sentient beings or bundles of energy that communicate with us telepathically and in the dream state. Aliens have been known to come to us, revealing themselves along with vital information to act upon in our waking world. They convey transmissions of where to go, what to do, what to say, and whom to say it to, to help open new portals of opportunities.

This is especially true in the field of technology. Aliens beam starseed technologies through light and sound frequency that are channeled telepathically to preselected people to bring galactic knowledge into the matrix to uplift, inspire, and motivate us to protect and nurture our Earth. Using the intergalactic language of the universe, mathematics, aliens concentrate on sending out psychic messages to humans with the ability to decode and decipher stellar derived information. From these mathematical formulations, beneficial algorithms can be created. By doing so, aliens help to establish program integrity and the universal law of equity into artificial intelligence to insure harmony with humanity.

In addition to nurturing technological advances, extraterrestrials can communicate to us keys to our Earth mandate, answering the unsolved mystery of why we are here and what we are supposed to accomplish in this lifetime. They can alter and recalibrate our bodies to be able to hold and receive more light which is encoded with instructions, knowledge, and vital information to complete our tasks.

Aliens are also doing what they can to prevent the mass destruction and desecration of our planet. They have been known to disarm war heads and shut down and disable nuclear arm controls. Future generations of humans may be protected from irrevocable environmental harm because of alien intervention.

This quote by comedian Ellen DeGeneres sums up my feelings:

“The only thing that scares me more than space aliens is the idea that there aren't any space aliens. We can't be the best that creation has to offer. I pray we're not all there is. If so, we're in big trouble.” - Ellen DeGeneres

They are here! Aliens have been preparing us for the eventual mass unveiling. Showing themselves to those that are ready to receive them without fear, hostility, or harm, aliens are here to point the way to a better world. They probably have experienced the destruction of their own at some point in their ancient history and want to help us avoid their mistakes. Aliens know we are at the threshold of entry into the Universal Brother and Sisterhood, so close to experiencing vibrancy of interplanetary life. They are here to help us evolve to become a highly spiritual species of interdimensional travelers and become among the most technically advanced in our galaxy. With their help, we can build new systems and solve real problems. New age research, ancient wisdom, and pioneering technology are all possible. It is time to dispel the myth of being isolated in the universe... We are not alone!

Get a Video Reading 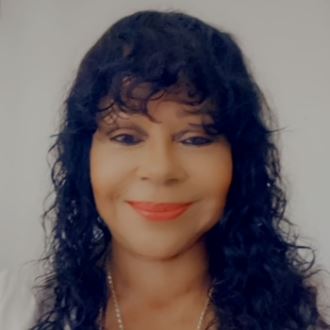 Get a Reading with Henry x4901

Henry is a former international lawyer, psychic and seasoned business executive with more than two decades of experience in multinational, multicultural, multicommodity, and multidisciplinary arenas spanning Africa, China, and the United States. Henry has traveled the labyrinth of life centering her in Los Angeles and her spiritual home in South Africa. She consults for individuals and businesses globally. Frequently described as a Corporate Shaman and empath, she is master weaver using underlying matrices of intuition, subtle energy, and Soul Architecture to insure prominence on corporate and individual Earth walks.

Are You an Earth Angel, Light Worker, Starseed, or Old Soul?

Highly sensitive people may feel out of place in the world. Explore your soul's nature to discover if you are an Earth Angel, Lightworker, Starseed or Old Soul.