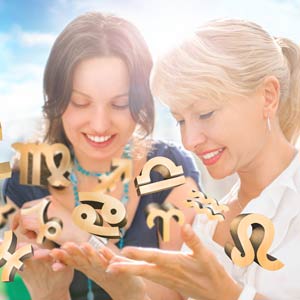 A natal chart, also called a birth chart, is a map of how the planets, moon, and sun were aligned at the exact time a person was born. The chart is often used to gain insight into the person's personality. While many Western astrologers draw the chart in the shape of a wheel, it can also be drawn in the shape of a square. An online psychic can use your natal chart to help you understand yourself and the world around you.

A natal chart is divided into 12 houses. In a wheel-shaped chart, the first house typically starts at the nine o'clock position, and subsequent houses are placed from there in a counterclockwise direction. Each house represents a different area of a person's life.

In a natal chart, the ascendant or rising sign is the zodiac sign coming over the horizon at the exact moment a person was born. This sign changes about every two hours. The ascendant is very important since it indicates a person's disposition, personality, appearance, and general outlook on life.

An eclipse occurs when one heavenly body blocks the light of another. A lunar eclipse happens when the Earth comes between the moon and the sun, and a solar eclipse happens when the moon comes between the Earth and the sun. Eclipses are usually times of great change. During the month of a solar eclipse, deep feelings come to the surface and emotions tend to run high. Lunar eclipses are usually the time of beginnings and endings, especially in relationships.

When a planet is in retrograde motion, the planet looks as if it's going backwards in the sky. During a retrograde period, the effects of the planet are either stopped or slowed down. For example, three or four times a year, Mercury will go retrograde. Since Mercury is the planet of communication, many astrological readings recommend not negotiating, signing contracts, or launching new businesses during this time. However, it is a good time for reorganizing and reworking old plans.

donnalee: Thank you for the explanation . It makes readings more interesting and clearer. How do we find all of this, and is their a chart that can be purchased.