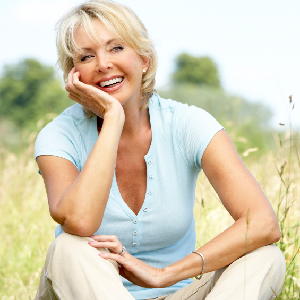 "We can't change the looks that God gave us, but we can do the most with what we were given."

When I was a young girl, we lived in the hills of West Virginia. Now don't think we didn't wear shoes or have indoor plumbing! We did. We had a nice house which my father built from scratch, driving every last nail himself. We had an old 1941 Studebaker to drive because my dad rebuilt the engine, but at least it was transportation. We didn't have much of anything in the way of extras though. We didn’t have a TV and my parents saved money from returning glass soda bottles to the grocery store. When they had saved enough, we went to the drive-in movies. Mom stayed at home with me and dad was a laborer who later became a pipefitter. It's fair to say we were hillbillies back then, and we were proud of it.
Now, in spite of our somewhat humble beginnings, I learned a very important lesson from my parents. My father would say, “Always look your best. When you look like somebody, people will treat you like you ARE somebody.” My mom would say, “We can't change the looks that God gave us, but we can do the most with what we were given.” And so we would get all dressed up; mom in high heels, dress and hat, and me in a dress and Maryjane shoes and socks; just to go shopping in town. The men were in suits and ties. And so it went. We dressed up wherever we went. Mom and dad felt like somebody and held their heads high. I did too.
By the time I grew up and went to work in an office, we had moved to the northeast. When I started my career, it never occurred to me to wear anything but dress clothes and high heels. I felt good about myself and was treated well at work.
Fast forward now thirty years to the present day. We live in a much more casual era.  Women wear slacks to work and in many places can wear jeans. Men aren't always required to wear suits any more. Jeans are the norm on airplanes, and even church attire is much more casual than it used to be.  Admittedly, I've changed over the years as well and become more casual; I draw the line at church though!
My parent's advice was sound though. It has been determined that there is actually a biological basis for feeling better when we look our best. It lifts our spirits. We feel more hopeful. We act more positively. It increases our self-esteem. Others are more attracted to us when we are cheerful and when we look good. We are more likely to land that new job, find a new boyfriend, and even fight against illness and disease. So make it a point to dress up and put on some make-up each day. Without question, it will make a difference in your life. 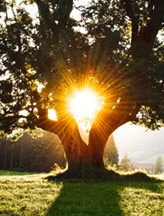