“We are born and reborn countless numbers of times, and it is possible that each being has been our parent at one time or another. Therefore, it is likely that all beings in this universe have familial connections.” - Dalai Lama

What does it mean to be reincarnated? Have we been here before?  Through my clients, I often receive questions like these all related to reincarnation. People are eager to understand what reincarnation is about, what it implies, and how it applies in their life, and everyone else’s.

The word reincarnation comes from the Latin and means “entering the flesh again.” In religion and philosophy, it refers to the belief that something in a human being survives the death of the physical body and is then reborn in a new physical vehicle, returning countless times, throughout its journey of inner development.

That which reincarnates, call it a “soul,” or “consciousness”, is immortal.

Cleaning Up Mistakes with Reincarnation

All of us make mistakes - especially moral ones. Perhaps at some point we took something that did not belong to us. Maybe we hurt someone out of jealousy, greed, racism, social status, ideology, or any other reason. We may have done something that we knew wasn’t right.

We all make mistakes.

We all know that we need to clean up our act. There are things inside of us that we know are dark, in some way or another. How do we clean all of that up?

We clean it all up through reincarnation, which goes along with karma. Karma is a word used to describe how we clean up the many messes we left behind us, in a trail of past mistakes of different sorts.

First, I made a mistake. I know it is a mistake because I can tell right from wrong. We are all born with that sense of right and wrong. Even children in a playground say constantly: “That was not fair!”

According to reincarnation and karma, the whole universe is pregnant with that sense of right and wrong. An animal knows when it’s being treated unfairly. The animal, like the child, knows when something is “not right” or “not fair.”

Let’s say I hurt someone. By doing that, I am calling on the universe, and on my own sense of right and wrong, to set it right. The universe puts me at some point in a similar position to the one in which the victim of my actions was, before. That way, I become the victim of mistakes I made before, at the hands of “someone else.” At least that’s how it looks on the surface.

All religions tell us to be the best we can be towards others, but each religion gives different explanations for why. Reincarnation (or karma) is one of those explanations and is part of the belief system of several religions, such as Hinduism, Buddhism, and Taoism.

Even religions like Christianity, Judaism, and Islam, which in our days usually don’t include reincarnation or karma as part of their belief systems, did have that belief, early on. Soul reincarnation is in the Torah, the Bible, the New Testament, and the Koran. In early Christianity, the belief in reincarnation was common, until it was removed by the Church in the 6th century. But it came back in the late 1800s through the Theosophical movement.

In reincarnation, the soul passes from body to body because of karma (attachments and lessons to be learned) from past lives. By making the right choices the soul transforms itself, achieving liberation from the painful cycle of life and rebirth, so full of previous mistakes. For most of us, liberation takes eons.

Some people believe that everything ends when the physical body dies. But for thousands of years, throughout most of the planet, people believed in the eternal cycles of birth, life, death and rebirth, in some form or another.

Worldwide current polls and surveys on the percentage of people who believe in reincarnation fluctuate between 12% and 51%, depending on the country being surveyed. In the United States, about 25% of the population believes in reincarnation.

In our times, serious investigators, and academic researchers on the paranormal provide a considerable amount of evidence for the reality of reincarnation. Among the early researchers, clairvoyant C.W. Leadbeater wrote books on reincarnation and karma at the beginning of the twentieth century. Later for several decades, Dr. Ian Stevenson investigated more than 2,500 direct case studies of mostly children who remembered their past lives. He had very strict protocols for determining actual memories from previous incarnations.

More recently, psychiatrist Brian Weiss focused on past life regressions, as featured in his books Many Lives, Many Masters, and Same Soul, Many Bodies. For even further reading on the topic, see also Raymond Moody’s book Life After Death and Michael Newton’s Journey of Souls. Finally, I recommend looking up world famous psychic Edgar Cayce’s investigations on karma and reincarnation. These are only a handful of the many researchers who have confirmed the reality of reincarnation and karma.

Rebirth is not a linear but an ongoing cyclical event, much like the movement of the planets, the transition of the seasons of the year and morning sunrises following the sundown from the previous day. As such, after the death of the physical body, the ever-living soul takes repeated rebirths in new bodies not only because of karmic debts (lessons to be learned, and to be realized) but also due to its own divine nature or oneness with everything.

The soul continues to reincarnate until the last karmic debts are exhausted. Once that state is reached, the soul becomes one with all that is.

Signs of a Reincarnated Soul

In the school of life that we all live in, every day brings new experiences and challenges. It also brings glimpses of other lifetimes through vivid dreams, déjà vu, meditation, a strong intuition, inner wisdom, empathy, unexplained phobias, affinity for past cultures, retro-cognition, spontaneous memories, a feeling of non-belonging, and much more.

Soul relationships last throughout countless lifetimes. One of the main reasons we reincarnate is to meet our loved ones and our enemies once again. We meet in different roles and circumstances, in order to fulfill lessons and to rejoice or deal with the encounter, however brief the meeting may be.

A sign of being in the presence of someone known in other lifetimes is the experience of a unique deep and profound connection, beyond logical explanation. There is then a capacity for understanding each other, even before saying a word, with a simple gesture, or just a silent look.

Although the meeting may be brief, it is unforgettable, and it may mean the encounter accomplished its purpose, closing a cycle or postponing it. Sometimes the meeting is long-lasting, and full of intense learning opportunities.

Recurring Dreams and Past Lives

Dreams are a state of consciousness characterized by sensory, cognitive, and emotional events happening during sleep. To the ancient Egyptians, dreams were just a different form of seeing; they had dream interpreters in their court. The ancient Greeks and Romans believed that dreams were related to predictions of future events and visitations by the dead.

Sometimes dreams can come from trauma or even past life events. Many claim to have experienced certain events, seen symbols, details, situations and particular persons or certain places that are unknown in their current life. Another characteristic of past life dreams is that the sequence repeats itself exactly over and over again. 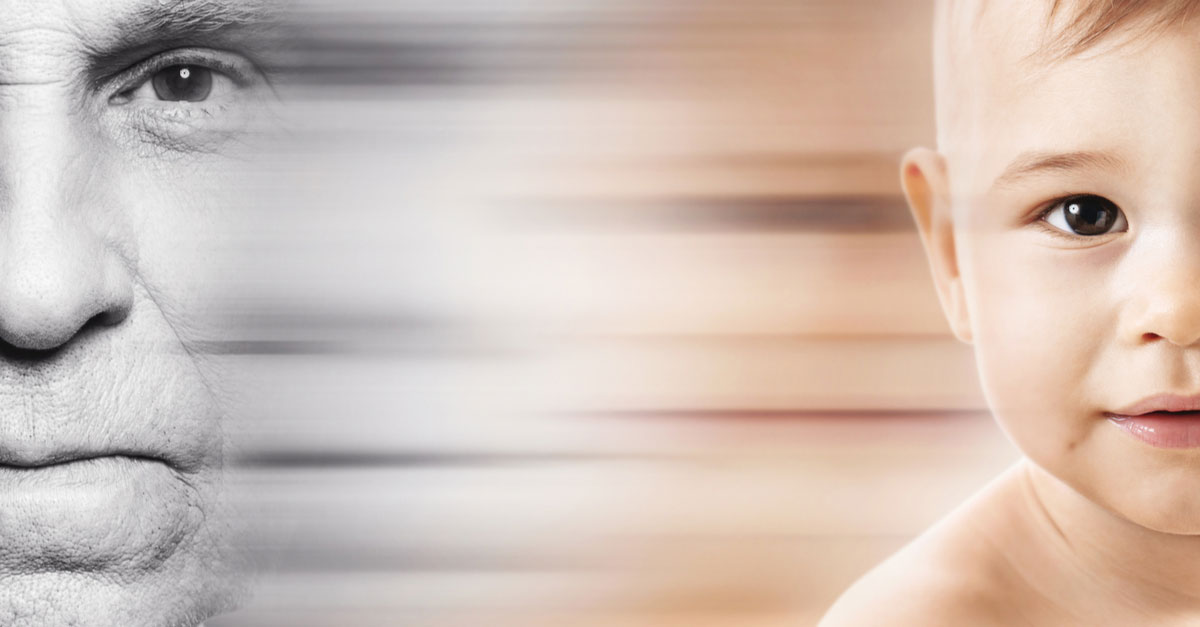 Intuition and a Reincarnated Soul

A powerful intuition is another common sign of a reincarnated soul. This characteristic leads to tuning into details in depth, and to detect situations before they happen. Intuitive souls have the ability to penetrate into past, present, and future circumstances.  Old souls LINK (those individuals who seem to have inherent wisdom and have reincarnated countless times) are gifted with a remarkable intuition, and they enjoy quiet time because of a very rich inner life.

To summarize, through spiritual self-development and by understanding the laws of karma and reincarnation, we are able to shape our future lives, today!

Get a Past Life Reading

Get a Reading with Venus x8854

Venus is a Metaphysician, Yoga Instructor, Reiki Master and a Transpersonal Psychology expert. She has traveled extensively in the East and West teaching, while receiving special training related to her field. As an intuitive reader, she has been helping and guiding multitudes of individuals from all walks of life.

How to Connect with Your African Ancestors by Psychic Sheena

Do you know if you have African Ancestors? Discover how to communicate with your Ancestors spirit and how Ancestors can help you find strength, guidance, and support.