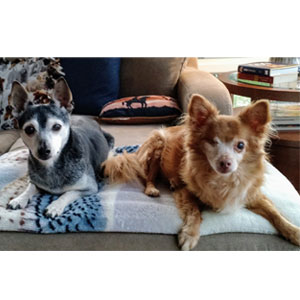 Here are my angels... Rocky and Jersey.

Get a Reading with Moira x7776
I'm convinced that dogs resonate at a spiritual level above humans — the angelic realm. All dogs are good dogs, and I've been unconditionally blessed to share my home with several amazing furry friends over the years. I know full well just how much they love us and watch over us.

Some of you may remember Rocky and Jersey, my beloved fur babies. They were best friends, and they passed within a month of each other, and I know they are frolicking in heaven. Recently, a fellow pet psychic told me that she could see them around me, as loving as ever.

All Dogs Go To Heaven

Today, I'd like to share a bit of history, a legend about one extraordinary dog who surely deserves his halo and angel wings. Many of us are familiar with the story of St. Francis and his love of animals. However, there is another patron saint of dogs, and the extraordinary dog, who would become a local Saint to many.
Roch, the patron saint of dogs is often depicted with a greyhound dog, the very good boy, Guinefort. The man Roch spent his life serving the sick, but when he caught the plague, the village cast him out, (they used to do that a lot in ancient times) where he wandered into the forest alone to perish. And he would have succumbed to disease and hunger had it not been for a brave and loyal dog who belonged to a local aristocrat. According to legend, the dog furnished him bread to eat and licked his wounds, healing them.
Yet whatever happened to the remarkable canine friend, the good boy who brought St Roch bread and healed his wounds, saving his life? After the plague, and saving Roch, the dog in our story, Guinefort, met a sad fate when his owner came home to find his baby missing, the infant's crib turned over, and his dog Guinefort covered in blood. Hysterically (IMHO), the nobleman, thinking Guinefort had killed the infant, slew the dog. Only later did he find the baby safely under the crib, and a venomous snake, obviously killed by Guinefort, nearby.
After realizing his mistake, Guinefort's remorseful human, to memorialize Guinefort's loyalty and bravery, buried his beloved dog, covered the grave with stones, and planted trees around the site. News spread of Guinefort's bravery in saving the baby, and the locals began to visit the gravesite, asking Saint Guinefort's intercession when their children were sick or in danger.
Guinefort, the 13th-century Greyhound dog, went on to become a local legend and Folk Saint, with much miraculous healing attributed to his name. The miracles attributed to St. Guinefort are not recognized (yet) by the church; however, I like to think that miracles abound and that a little bit of Saint Guinefort lives on in every dog to this day.

Our dogs greet us when we come home, and they love us unconditionally. Dogs cheer us up when we're blue. They warn us when the dreaded Fed Ex truck arrives, and they are always excited to see us. Dogs watch us and tune in to our micro-expressions. They encourage us to exercise and wake us up before the alarm goes off. They are amazing, and they ARE love.
How many of you have a miraculous dog story you'd love to share?
Thanks for reading, I'm so glad we're on this journey together! - Moira 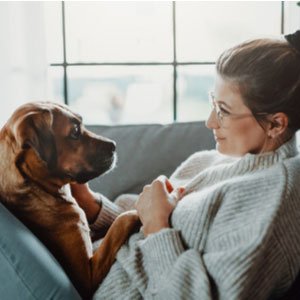 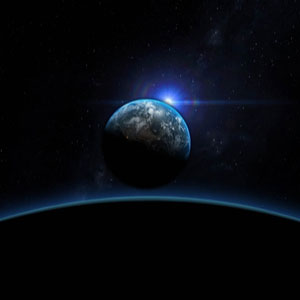 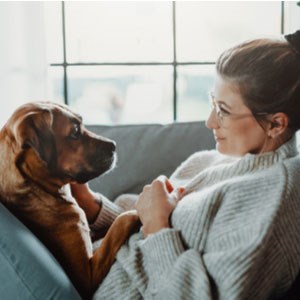 The animals in our lives attempt to communicate with us all the time, so when it comes to humans talking to animals, it's really not as hard as you might think!

surffree: I know my beloved boy is near me all the time. I just really miss his furry self greeting me and being in this realm with me. I know I will see him on the other side. The fact he is not in pain is the only thing that I can hold on to in this time of grief.