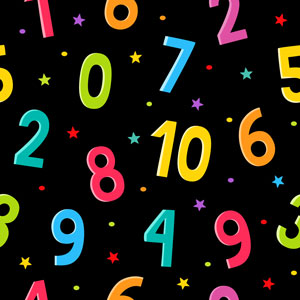 Consider how numbers may impact your life

Many ancient philosophers believed in the power and meanings behind numbers, including Plato, who referred to the study of number symbolism as the highest level of knowledge, and Pythagoras, who believed that numbers had magical powers and souls. Understanding the meanings behind numbers can give you a better sense of how they impact your life and spiritual progression.  (Looking for the meanings of 1-5, please start here).

The number six symbolizes completeness, high ideals, and beauty. Six also symbolizes luck, since it is the highest number on dice. It symbolizes Venus, the goddess of love, as well as the sixth sense, or extrasensory perception. Among Tarot readers, the sixth card symbolizes matters relating to the heart, including love, harmony, and inner peace. In the Zodiac, the sixth astrological sign is Virgo, while the number six is believed to be lucky for those born under the Taurus and Libra signs.

Seven is believed to be one of the most spiritual of all the numbers. Throughout ancient mythology, magic, and mysticism, the number seven has led the way in terms of lucky and unlucky traits. For example, at Mecca, pilgrims walk around the Kaaba seven times, and the Bible references this number more than any others. Seven holds the vibration of ideas and intellect, as well as a place for reflection and rest. In the days of the week, the seventh day is often observed as the Sabbath, a time for rest.

Eight is the number of abundance, power, balance, and harmony. The shape of the number represents infinite renewal. When you are in tune with this number, you can make decisions more effectively because you are balanced. In China, the number eight is very lucky and is actually a homonym for prosperity. When this country hosted the Olympics, the opening ceremony began at 8:08 p.m. and eight seconds on Aug. 8, 2008. In the Zodiac, Scorpio is the eighth astrological sign, while the number is lucky for those born under the sign of Capricorn.

The number nine is the highest of the single-digit numbers, representing the end of a cycle. Ancient mathematicians referred to it as the finishing post. Those born with the number nine often gain many experiences throughout their lifetimes. In Tarot, nine is the card of the Hermit, which symbolizes reflection and self-examination. It is also a lucky number for those born under the Zodiac symbol of Aquarius.

The number 10 also symbolizes the completion of a cycle and was the holiest number to the Pythagoreans. When the number comes up in a Tarot reading, the card is the Wheel of Fortune, which represents the start of a new cycle or the receipt of a great and unexpected fortune. It is a perfect number in many scoring tables.

Over the course of history, numbers have played an important role in the lives of people around the globe. The Pythagoreans believed that the number 10 was the most sacred, but different numbers hold various meanings to each individual. A numerology reading may help you gain a better understanding of the meaning behind the most sacred and meaningful numbers in your life.

Discover the meaning behind digits 1-5, by clicking here!