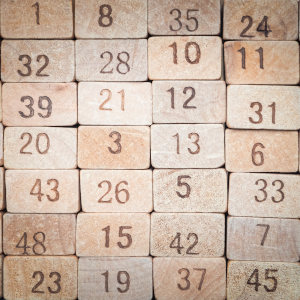 What do the numbers one through five mean in your life?

Numbers have been part of human existence since the beginning of time. In ancient cultures, philosophers and mathematicians noticed patterns with certain numbers, assigning them meanings that can still be seen in today's world. Many people believe numbers are lucky for them or pop up often when the universe is trying to tell them something. Understanding the presence and importance of numbers in your life can help give you a better sense of what they mean.

In nearly any written language, the number one is recognizable. It symbolizes the traits of bravery, confidence, and ambition, and is also the number of complete creativity. Those who notice the number one frequently popping up are unlikely to let opportunities pass them by or slow down. In Western cultures, the number one is also synonymous with being the best or the leader.

In the Zodiac, Aries is the first astrological sign, and the number one is lucky for those under both Aries and Leo. In a Tarot reading, the number represents the Magician, or achieving goals and using willpower.

The number two is most heavily related to relationships, as it is a number that cannot stand alone. All exchanges and deals with others relate to the vibrations of the number two, defining the harmonizing and balanced quality of all other even numbers. It holds qualities like intuition, creativity, and receptivity. Nearly all species require two to reproduce, and even those that split create two cells.

In the Far East, the number two is considered lucky, while the Pythagoreans believed this to be the unluckiest number. This number is lucky for Pisces and Gemini. When reading Tarot cards, two represents the High Priestess, which symbolizes good judgment and wisdom.

Three is a number that symbolizes good fortune, as well as time — represented by past, present, and future, or beginning, middle, and end. This number is believed to be sacred in many religions, with ritual acts being performed three times or serving as a representation of the Holy Trinity. In the Zodiac, Gemini is the third astrological sign, and the number three is lucky for those born under the sign of Sagittarius. In Tarot, the number three card represents the Empress, which stands for growth and creation.

The number four represents stability, strong foundations, orders, and completion of justice. It is representative of the four cardinal directions, seasons, and phases of the moon, so it also represents the number of the Earth. In Tarot cards, it represents the Emperor, which symbolizes worldly authority and material goods. It is also a lucky number for Scorpio and Leo.

Five is a number that represents freedom and rebelliousness. It symbolizes marriage, health, and love. This is a lucky number for Virgo and Gemini. In the Tarot, the number represents the Hierophant, or the Pope, which symbolizes harmony and peace.

Discover the meaning behind the remaining numbers 6-10, by clicking here!