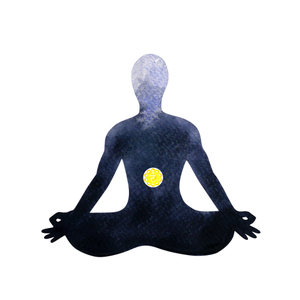 Listen to the guidance you receive from your fourth chakra, the solar plexus. 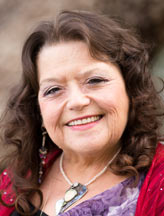 Get a Reading with Rhiannon x3572
It is probably true many of us believe ourselves to be independent and self-sufficient humans. We often joke about men being unwilling to stop and ask for directions but let's face it, this is funny because of how closely it resembles truth more often than not. One of the things this writer finds most frustrating is when Spirit tries to "help" me by signaling an alert which I dismiss, rebel against and push forward.
More times than not, I find myself having to "double back," to correct something to which Spirit was providing a viable solution. So, what might this look like? A good example would be when considering throwing away a seeming less useless note or piece of paper found on the desk which appears to have no value. Picture in your mind's eye, a hand grasping paper hovering over the trash can, pausing for a moment to identify the feeling of tingling in the solar plexus, and yet, the palm opens and there it goes. In my youth and before I "opened to Spirit," this would be a regular occasion. Hours later, pajama clad and feeling frustrated, I'd likely be found at the curb feverishly rummaging through the trash only to come away with a soggy, undecipherable waste of time.

Opening Myself to Spirit

The most profound experience with my solar plexus chakra occurred on the night of the engagement party with my first husband. I met and embraced many people that evening including my groom's best friend. I felt an inexplicably dark and dense feeling in the pit of my stomach. It felt cold and hollow. I paused and became momentarily distracted. However, I was confused and dismissed it as immediately as it came upon me.  It was to be the beginning of my "opening to Spirit," in ways I could have never imagined.  As our grasped hands unclasped, I looked into this man's eye searching for a reason for the experience. Less than two years later, I would finally understand what I had experienced, what it meant and how it would change the rest of my life. This man, ultimately, came to stand between us and my first marriage ended.

I AM… the Solar Plexus Connection

What I was using, without any training or practice, was my inner awareness meter. As someone who is drawn to acronyms, I like to call it my “I AM.” It is the fourth chakra, our solar plexus, and lies just above the navel and below the breastbone. It is the reason people can often be heard saying things like, "I felt like I got kicked in my stomach," or sometimes, "I felt something in the pit of my stomach," or, "I had a gut feeling that would happen."
In all seriousness and honesty, I do use my solar plexus chakra now as often as possible. On days when I have important decisions to be made, I place an intention to "check in," with my solar plexus (yellow) chakra, as often as possible. I encourage you to follow my lead. Practice with it for a couple of weeks. Make it a mental note to "check in," with it when preparing to make even the simplest of decisions and then go back and evaluate how confident you feel with using it. I can almost guarantee an "instantaneous attraction." I look forward to feedback.
Blessings always in all ways,
Rhiannon x3572 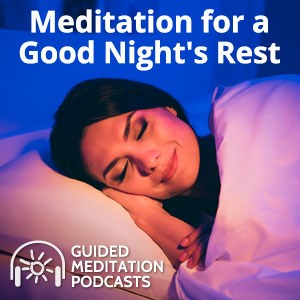 Meditation for a Good Night's Rest Podcast by Psychic Jae

In this guided meditation, Psychic Jae will teach you how to work with your chakras and process your meta-emotions so that you can get a good night's rest.