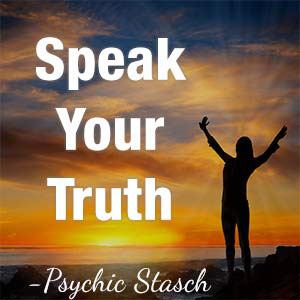 "Truths are being revealed..." 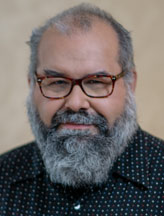 Get a Reading with Stasch x9303
The silence has been broken. From Hollywood to Washington, Nationwide to in your own back yard…  women are organizing and gathering. They are making it clear that continued harassment and abuse is not tolerable. Dismissal, avoidance and shame have given way to discussions, dialogue and awareness.
Stories of pain and survival are being told by those who have lived them. Truths are being revealed, and it has fueled a force that is making public what had typically been kept been private.
It benefits everyone when the marginalized are given a face, a platform and a voice. Compelling narratives inspire change. While the current movements address issues women face in the workplace and in society in general, there is a profound pervasive belief that still allows women to be treated as “lesser.”
The underlying concept taken for granted is that women’s views, work even their existence is seen as less than that of men. The things associated with women exclusively are a weakness or something to be treated as inferior. It is so ingrained, we do not even consider it.
Often, even today, one of the fastest ways to insult men is to connect them to something feminine. Should a man take on a function or career usually associated with women, that man is diminished as a man. Emasculation, ridicule even revulsion are directed toward any man who dares to cross the arbitrary line that defines what men and women do.
The reason why is that what women do is not always respected equally. If women’s roles and labor were held in high esteem, then any man doing them would be as well. Should a man become a stay at home father, or enter a profession connected more often with women, that man is often viewed with disdain. Any woman who has raised children and cleaned a home will tell you it is hard, demanding, often unappreciated work. It is even more so now.
For women stepping outside of the norm the risks are a loss of femininity. Should a woman become a truck driver, pilot, serve in the military or became a mechanic, she may be viewed as “mannish.” Women are encouraged to do certain things, but are seldom automatically assumed to be scientists, mathematicians or CEO’s.  As the 2016 hit movie “Hidden Figures” taught us, that is completely not the case.
Even the intellect of woman must be proven over and over again. It is never assumed a woman can be logical, methodical and organized. The labor of men has value over that of women. Women’s wage scales reflect that.
This chauvinism is so pervasive it sometimes shows up in odd places. When training dogs for police work in one country it was assumed male dogs were smarter than female dogs. In an experiment, a female dog was trained for such assignments. It turned out she was as capable as her male counterparts.
There is an African Expression, “When you have touched the women, you have struck a rock.” It means you have found a powerful force when women are moved to action. I think Time’s Up and we have not only struck that rock, but destroyed it for good!