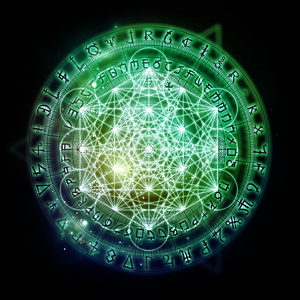 Sacred geometry is all around you

Do you ever feel as though you and the people around you have gradually lost touch with nature? It hasn’t always been this way. In fact, centuries and millennia ago, humans enjoyed a strong connection with nature and celebrated things as simple as the beauty of natural patterns. These shapes and patterns still exist naturally and are known as sacred geometry. Read on to learn how to identify sacred geometry and reconnect with its spiritual beauty.

The roots of sacred geometry extend all the way back to some of the earliest ancient cultures. Ancient Greeks, Egyptians, and other groups all observed patterns that recurred throughout nature. Even more significantly, however, they also made connections between elements on earth and those in the cosmos. Sacred geometry refers to these connections, or mirrored patterns in the heavens and on earth.

More than just patterns, though, the elements of sacred geometry actually represent the individual components that together serve as the blueprint for the universe. Though these beliefs are ancient and early science may have been primitive, the basic concepts still hold true. Today, scientists continue to analyze neatly organized building blocks in the form of microscopic molecules, which they still know to shape the universe.

While sacred geometry certainly has scientific implications, it also has deep spiritual significance. Spiritual groups as diverse as Christians, Hindus, and ancient Egyptians recognized the importance in these patterns and repeated them in creative ways. From temples to pyramids to planetary models to decorative patterns, sacred geometry illustrates the cyclical path of life from birth to death.

Given the intricacy inherent to sacred geometry, it’s no surprise that complex mathematical equations are important in recreating these patterns in architectural or linear formats. As any numerologist can explain, numbers are inextricably linked with life. Ancient Egyptians, for instance, devised ratio-based equations when building some of their most well-known structures. Medieval Christians used cubes to construct buildings, and many groups emphasized the golden ratio, otherwise known as the divine proportion.

Where to Observe Sacred Geometry

One of the earliest examples of a building that reflects sacred geometry is the Great Pyramid of Giza. This magnificent structure actually reflects the mathematical figure known as pi several times, from the ratio of its height and its perimeter to the dimensions of the important vestibule known as the King’s Chamber. Additionally, the layout of the Great Pyramid alongside the Sphinx and other nearby pyramids perfectly captures the golden ratio.

Leonardo da Vinci’s Vitruvian Man, long a source of both scientific thought and mystery, also reflects sacred geometry. This famous drawing demonstrates the importance of the sacred mean, another natural constant. Here Leonardo used this concept to illustrate the geometry inherent in the human body as well as the importance of these building blocks to human life and the universe as a whole.

Recognizing the significance of these details is important for maintaining a connection with the natural world as well as recognizing the importance of the cycle of life. If spiritual geometry truly resonates with you, a conversation with a clairaudient can tell you more about these connections.