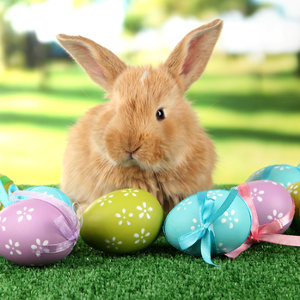 This cute, fuzzy guy is a symbol of fertility

Spring is a time filled with spiritual holidays and celebrations of rebirth and renewal. Two of the most celebrated holidays during this time are Passover and Easter.

The Tradition of Passover

Passover is an eight-day festival that celebrates the Jewish people's release from Egyptian slavery. It is a time when people of the Jewish faith give up chametz (leavened bread) and eat matzah (flat, unleavened bread) during at least two Seder nights of the Jewish celebration. Seder is the highlight of Passover. The Seder is a 15-step family tradition and feast. Families eat matzah, bitter herbs, drink four cups of wine, and recite Haggadah as part of the Passover tradition.

Easter celebrates new life through the death and resurrection of Jesus Christ. It is one of the most widely observed Christian celebrations. The traditions of Easter are found in all Christian religions, but not all Christian traditions are the same.

The Catholic church begins with Ash Wednesday, which marks the beginning of Lent. Many Christians, not just Catholics, participate in the ritual of Lent. This tradition requires that they give up something they love in remembrance of the suffering of Jesus. Most give up meat on Fridays. Today, this leads to a massive number of "fish frys" on Friday nights for the six weeks of Lent.

Even though some Easter traditions seem far removed from the resurrection of Christ, they are closely related. The coloring of Easter eggs, for example, began in the Christian church in remembrance of the blood that Christ shed. It later was transformed into the tradition of children searching for colored plastic eggs, usually filled with candy or coins.

Other Springtime Rituals of Spirituality

Looking at the traditions of Easter and Passover, as well as other ancient traditions such as the fertility goddess Oster and rebirth after a season of winter, you can see how many spring and religious traditions take on a parallel meaning. For example, the tradition of the Easter bunny has pagan roots.

The symbol of Oster, the aforementioned fertility goddess, was the rabbit, thanks to the animal's rapid reproduction rate. The spring season of rebirth became synonymous with the rabbit symbol, thus laying the framework for the tradition of the modern Easter Bunny. Chicks are also a known symbol of new life and rebirth, which is why they're often used in Easter regalia, too.

Before Easter, the spring equinox was celebrated similarly through the resurrection of the sun as a time when Earth sprang back from the long cold winter.

How Rebirth and Renewal are Most Widely Observed Today

Today, Easter and Passover are still widely celebrated in the springtime, but so are many rituals that we may not even associate with the spiritual side of rebirth. For example, many people feel happier after winter when the days get warmer and longer. They feel a sense of renewal that causes them to perform spring rituals such as spring cleaning, remodeling, and redecorating. It is also a time when many people begin thinking more about their life path and phone a psychic for guidance.

There are many ways that the spiritual and religious aspects of celebrations merge during this time of year. If you would like to know more about some of the ancient spiritual rituals, or about psychics and religion, an online psychic is a wealth of information. Contact one to learn more and hear an explanation of the similarities and differences. 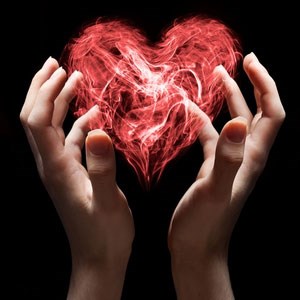