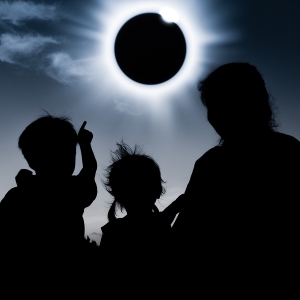 Prepare yourself for the effects of the solar eclipse so you can enjoy this natural phenomenon.

Very soon, you can experience a beautiful natural phenomenon. The United States will get to witness a very rare solar eclipse on Aug. 21. You should take care to understand why a solar eclipse occurs as well as the energies it leads to when it happens. If you take proper precautions in the coming days, you can enjoy this spectacular event even more.


What Is a Solar Eclipse?

The upcoming solar eclipse will be the first total eclipse the continental U.S. has seen since Feb. 26, 1979. That eclipse only touched five states in the Northwest, so not many people saw it. This time, everyone in the U.S. will get to see at least a partial eclipse. The last time a solar eclipse spanned across the entire country was 99 years ago in 1918! To get the full experience, though, you'll want to be on the center line, known as the path of totality. Because the shadow of the moon is round, only those on the center line experience the full width of it.

You'll notice that nature reacts to a solar eclipse, and things start getting strange around totality. Shadows seem different, the wind dies down, and birds stop chirping. The temperature usually drops too. Beyond that, the environment allows negative energies to build up black energy.


The residual effects can last for many months, so connect now with an online psychic to find out how best to protect yourself. You could be more prone to being affected by departed ancestors. You could also feel lethargic and tired physically as well as negative and overly emotional psychologically.


How to Protect Yourself

You can still enjoy this rare natural phenomenon. Increase your spiritual practice to counteract the negative energy that comes into play during an eclipse. Don't plan important functions during this period. Have a conversation with an authentic psychic to show what activities you should avoid surrounding the eclipse and when you can start them again.


Because a solar eclipse is so rare, not everyone will get to experience one like this in their lifetime. Take advantage of this interesting natural event, but make sure to prepare yourself for the effects it will have on energy.

Visit NASA's website for more information on where, when and how to safely view the solar eclipse on 8/21/17.