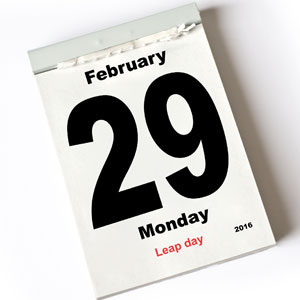 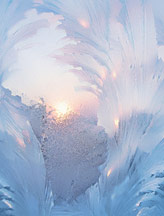 Get a Reading with Layne x8490

It’s been four years since February 29th showed itself to the world. This wonderful day continues to fascinate us since leap day origins are deeply rooted in our past. And, what you may not know is that leap day carries some unusual facts such as the year always being divisible by four. Leap day is also known as St. Oswald’s Day, named after an archbishop who died on February 29th. Furthermore, this is the year that women can propose to men. Although, if you are Greek, you may want to rethink that proposal. It appears that Greeks consider it unlucky to marry on leap day or during a leap year for that matter.
Correcting the Calendar
However, the actual purpose of leap day is to account for the time correction in the length of the year. Our current calendar system is the Gregorian calendar and it is a solar calendar. This system accounts for the Earth orbiting the sun every 365.242 days (which for you math fanatics, translates to 365 days, 5 hours, 48 minutes and 47 seconds). As you can see, this number doesn’t exactly work out so even. So, there have been adjustments over the years and leap day was inserted to account for the overture of time. And, it doesn’t take an astrology reader to tell you that some things may be feeling a bit out of whack lately.
The Leap Year Shift
It’s true, everything has started to shift a bit—including the seasons. Individuals who pay close attention to nature and its ebbs and flows can tell you that things are off by a few days to weeks. No one knows for certain if this is contributed to climate change, time shift, or the natural occurrence of magnetic pole shifting. Regardless, it may be time for a calendar update—its been 440 years since the last one. Several university scientists are advocating for an overhaul, but it’s unlikely. The economic world we live in today has everything attached to specific days, weeks, or years. Besides, most of us would rather keep our zodiac sign—even if it means having an archer birthday in the middle of fall.
Famous Leap Day Celebrities
Being born on February 29th is obviously pretty rare since this date only exists every 4 years. However over time, quite a few famous folks share this unique birthday. Some well-known Leap Day Babies include: actor Dennis Farina, rapper Ja Rule, pop singer Dinah Shore, self-help author Tony Robbins, soap opera actor Antonio Sabato Jr., actor Alex Rocco, composer Jimmy Dorsey, and reality TV star and HIV activist Pedro Zamora.
Leap Day Throughout History
In addition, February 29th has been a relatively quiet day when it comes to major historical events. But over the years, a few happenings of note have taken place on this special date. In 1940 Hattie McDonald became the first African-American to win an Academy Award for her portrayal of Mammy in the epic film “Gone with the Wind.”  On February 29th 1960, the popular syndicated comic strip “Family Circus” by Bil Keane made its debut, and it’s still around in newspapers and on-line today, having been taken over by his son Jeff.
On Leap Day 1972, Atlanta Falcons Baseball legend Hank Aaron signed a 3 year, $200,000 contract, becoming the highest paid player in Major League Baseball (at the time).  And most recently, on February 29th, 2012, we said farewell to the singer of The Monkees, Davy Jones.  He passed away at age 66 after suffering a heart attack.
Are you one of the rare Leap Year Babies, or do know any in your life?  Please post a comment below so we can wish them a Happy Birthday, after all we won’t get a chance again until the year 2020!