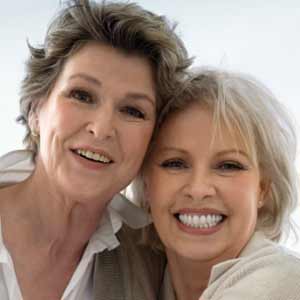 It's amazing what a past life reading can help you discover.

In my everyday life, the fact that I’m psychic gets spread around by word of mouth. I usually get the same reaction: a big smile and the initial “really??” Then, a few days to a week later they inquire about a reading, which is usually followed by their friends and relatives requesting readings. It’s not unusual that I end up reading three or four clients that are related.
The following is one of my favorite reading series’ I had the good fortune of being a part of.
I originally did a reading for a woman named Diane and I was given a glimpse into her past life. Her reading was about her love life, until I randomly began receiving images of her being in the middle of a large, poor family on a very dry, infertile farm. I got the feeling the parents had passed away, leaving the oldest siblings to run the farm and care for the younger siblings (Diane being on the younger end). I also saw her mother and aunt there.
I’ve learned to trust the messages I receive, so I relayed this information to her and continued her love reading.
About a week or so later, Diane’s mother Gina contacted me for a reading for herself and her sister, Mary. In this life, Gina and Mary had a very tumultuous relationship with each other.
Here’s their story:
In their past lives, Gina was the oldest of the siblings and the one who stepped into the “mom role.” She managed to get married and have a son of her own, but lost both early on. Gina eventually died of a broken heart, leaving Mary to care for the farm and family. Mary was resentful and bitter, never having a husband or children of her own.
Fast forward to present day.
At the root of their turmoil was Gina’s guilt for the bad choices Mary has made in this life and Mary’s anger towards her sister for never being there for her. However, when I asked Mary, she couldn’t recall one example. Mary brought in the feelings of abandonment, resentment and anger from her previous life, while Gina was still feeling the guilt for leaving her sister behind with responsibilities she wasn’t prepared for.  The healing for their present day journey had begun once they became aware of the feelings they carried into this life with them.
And one last piece of this amazing puzzle…
In this life, Gina gave birth to three sons. Her middle son was her son from her previous lifetime that had died. Gina admitted having a different, stronger type of bond with him from when she first laid eyes on him.  He was born with challenges, being stuck at the mental capacity of a 5 year old, and will require care throughout his entire life. In spite of this, he smiles and laughs all the time and is adored by his entire family, especially his mother. 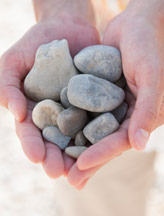