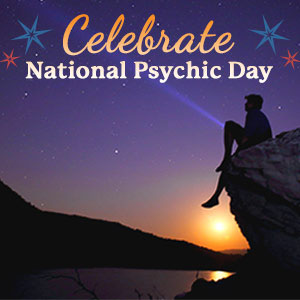 Perhaps the most famous of all historical psychics, Michel de Nostredame was a French apothecary and seer. He published collections of prophecies that have become widely known. His most famous work, "Les Propheties," was first published in 1555 and has been out of print only rarely since it first appeared.

Nostradamus is mostly known by this Latinized name today, and he has been credited with predicting a variety of major world events, including the rise of Hitler. Many academic sources hold that the associations people make between the quatrains of Nostradamus and world events are misinterpretations or deliberate mistranslations, or are so stretched they can't be used as evidence of genuine psychic power. However, many people and the popular press have found distinct truth in Nostradamus's predictions.

Edgar Cayce, an American mystic born in 1877, answered questions while in a trance on subjects as diverse as reincarnation, healing, wars, future events, and Atlantis. He was nicknamed the sleeping prophet by a biographer, and some think of Cayce as the founder of the New Age Movement.

Cayce would put himself in a sleeplike trance in order to answer questions. While he was in this state, his secretary read questions and then recorded the answers he gave. For most of his career, his answers spoke to the health of the person asking the questions. Later on, he began accepting questions about past lives and business advice, as well as working as a dream analyzer. Cayce famously predicted that part of the temples of Atlantis would be uncovered beneath the surface of the ocean around "68 or 69." Indeed, the Bimini Road was discovered underwater in 1968.

Mark Twain certainly isn't best known as an authentic psychic. The author and humorist, born Samuel Langhorne Clemens, is famous for writings such as "The Adventures of Tom Sawyer" and "Adventures of Huckleberry Finn." Famously, however, Twain had a prophetic dream of his brother lying in a coffin. Weeks later, his brother did die in a boating accident. At the funeral, Twain saw his brother arranged just as he had seen him in the coffin in his dream.

Twain also predicted his own death. Twain was born two weeks after the closest approach of Hailey's Comet in 1835. Twain said he would "go out with it" as well. The day after the comet returned in 1910, Twain died.

Whether they're known for one or many predictions, there have been plenty of psychics throughout history who have predicted important personal or world events. Learning about famous psychics is a great way to kick off your celebration of National Psychic Day. These three figures have all left a mark on history.