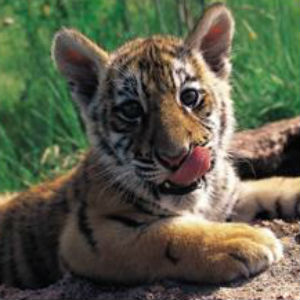 There are only about 3,200 tigers left in the wild on the entire planet.

In the last article I finished with asking, “How can honoring Earth affect my abundance?”  To answer that, let’s look at a few basic facts first.

1. Every single material blessing we have, from cars and clothes, to food in the fridge, to the fridge itself… all of these are made from the earth.  We tend to forget this!  All of our physical abundance comes to us from Mother Earth. Our ideas are manifested through her.

2. Those of you who work on manifesting and visualizing know that you have to see and feel roots in the earth in order to actually manifest your intensions physically in this life.

3. Some more of you who are empathic, intuitive or downright psychic know that when you get out in nature, even walking around your neighborhoods, you become calm and restored.  The earth has a slower and more stable energy than our frantic, fast thought, fast action, fast food, fast texting/calling lives.  It balances out the energies that have so many of us feeling fried.  And our souls are refreshed when we take the time to notice the beauty of flowers, trees, rivers, streams, etc. As the song says, “From the mountains, to the prairies, to the oceans, white with foam;” the grace of nature heals our souls.

The Earth blesses us endlessly, regardless of how badly we treat her in return.  And believe me, we treat her terribly—far more than you know.  Let’s pause to give you just a few facts, as we have to face them before we can get to the good part.

Did you know that:

Every year, over 27,000 species go extinct.
Some estimate as many as 140,000 annually.  These species form the web of life in which we are all held and if that web is ripped too much, we will fall through.  Moreover, some of those leaving us are among the most inspiring. There are only about 3,200 tigers left in the wild on the entire planet.  They are dying because of humans destroying their habitats and because of cruel, barbaric poaching practices. Other animals disappearing are: beautiful emperor penguins, polar and panda bears, manatees, and countless other species you may not even know about.

Our vast oceans will be fished dry in under 50 years at our current rates of consumption.
Almost all oceanic fish are now contaminated with toxic mercury.  There is so much garbage in the Atlantic Ocean that an amount the size of a continent has formed. On top of this, the oceans are becoming acidified due to pollution and excess carbon, causing them to change their pH balance, imperiling all of life on earth.

Forests across the planet are disappearing at record rates.
This is destroying the planetary oxygen/carbon balance, as well as the fertile topsoil we need to grow our food. This is caused by erosion and overuse of herbicides from corporate farming practices that ignore ecosystems.

I will not address the issue of climate change as some do not believe it’s occurring despite overwhelming scientific evidence. But I will simply say that many Psychic Source members lost anywhere from a little to a lot in Hurricane Sandy.  It was heartbreaking to hear and watch.  And all evidence shows that only more such events are on the way.

Not even looking at the spiritual aspects, it’s clear that the planetary situation endangers the very existence of us all.  While our planet is screaming in pain, most do not know or hear it.  Some of us feel too overwhelmed to face it and some don’t wish to change their ways. Others just deny the facts.  All of us suffer as a result.

At the same time, there is so much hope for restoration!  Most importantly, the only thing that can help is our shift in awareness and actions—a shift in consciousness.  As Margaret Mead said, “Never doubt that a small group of thoughtful, committed citizens can change the world. Indeed, it is the only thing that ever has.”  And by so doing, we can physically jump start our economy, support endangered species’ and (this is where you come in) metaphysically restore our own abundance in the physical world.

Next time, we’ll look at what you can do (and much of it is fun, easy and free!). 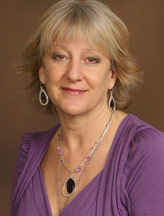