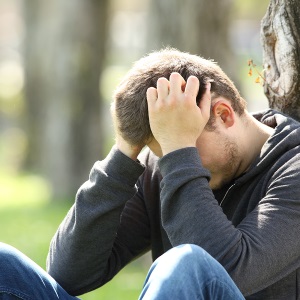 Failure can be a blow to our self-esteem

The connection between self-esteem and failure is like the chicken and egg debate. Which comes first? Does self-esteem influence how we cope with failure, or does failure shape our self-esteem? What is clear is that the two are undoubtedly intertwined.

It Starts With Your Upbringing

An astrologer can give insight into your personality and strengths. However, it's our parents who build our confidence and self-esteem. Parents unwittingly start their children down a road of either high or low self-esteem. Many parents heap praise on their kids for the things they are innately good at. This is not necessarily bad; however, it results in kids only wanting to pursue what comes naturally and avoid what they struggle with. What parents should do is also allow their kids to experience the struggle to accomplish difficult things. This teaches them to keep trying until they succeed. They'll develop a higher level of self-esteem and cope better with failure as adults.

Why a Healthy Self-Esteem Matters

There's a direct correlation between self-esteem and our perception of failure. Several studies show that people with low self-esteem are afraid to take risks, more likely to quit a difficult task, and tend to beat themselves up when they fail. Those with low self-esteem engage in more negative self-talk and take a defeatist attitude to failure. They sabotage their efforts before they've even begun. Nobody likes failure but those with a healthy level of self-esteem know that failure is a part of life. They roll with the punches rather than roll up into a ball crying.

See Failure as a Setback

Many successful and famous people failed countless times. Walt Disney was told he couldn't draw and lacked imagination. Colonel Sanders approached 1,000 restaurants with his fried chicken recipe and all brushed him off. Jay-Z was turned down by several record labels before starting his own record company. The difference between those who fail and give up versus those who eventually succeed is an unwavering belief in themselves and relentless persistence. They see failure as a bump in the road and not the end of the road.

Learn From Your Failures

Thomas Edison's first 10,000 attempts at inventing the electric light bulb failed. When a reporter asked him how he felt about failing 10,000 times, Edison responded by saying he had not failed 10,000 times but found 10,000 ways that did not work. Failure should not cause you to give up. Instead, use it to learn where you've gone wrong. Many entrepreneurs have firsthand experience of this lesson. Starting a business is trial and error. The first few attempts may fail, and there could be many reasons for this. Sometimes you just need to go back to the drawing board and try again.

It's in our nature to take failure personally. If an online psychic could tell us the outcome upfront, that would spare us the pain of failure. But failure does not mean that YOU are a failure. Failure is simply an action you took that failed to have the outcome you wanted. When you remove emotions from the equation, failure will have a less devastating effect on your self-esteem.