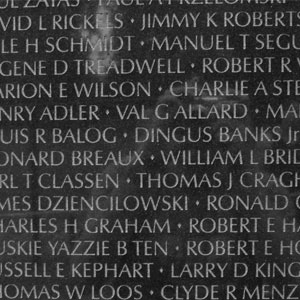 Does your name have meaning? Check the letters and their numbers to find out

What's in a name? Shakespeare may have been on to something when he wrote that phrase centuries ago. If he were alive today, numerologists would have a lot to tell him.

In numerology, each letter in your name corresponds with a number, and its location has meaning. To a novice, it can get a little confusing to decipher number placement in names, so experts have devised a system for newcomers that helps them understand how numerology may affect their personalities and destinies.

First And Last
The first letter of a name is called the cornerstone, which reflects your personality and how it influences how you deal with the ups and downs in your life. The last letter is the capstone, which explains how well you see issues through to their conclusion.

The first vowel in a name also has special meaning. For an inkling into what makes people tick, look to this letter, because it reflects their true character, including aspects of themselves that they only share with those who are closest to them.

The Role Of Placement
These three letter placements are so important that you can learn a great deal about a person just by knowing what letters fall into those places. Each letter of the alphabet has specific meaning tied to personality traits.

Numerology.com gives this example for someone named Anna. The letter "a" indicates an ambitious person who's a natural leader. By having the "a" as the cornerstone and the first vowel, it shows that this is someone who may be ambitious but may keep some of that ambition under wraps. With an "a" also as the capstone, the ambitious streak helps the individual to see projects to completion.

If you consult with a psychic online or choose to have phone psychic readings, you may be able to learn more about yourself if the psychics focus on the letters in your name. Take this insight, study the meaning of each letter and its numerical value and you'll have new tools for understanding yourself better.

Added Meaning
In numerology, the numbers assigned to the letters of the alphabet also may foretell what's likely to happen in your relationships, financial affairs, health and general direction in life.

When the letters of your name are substituted with the corresponding numbers, the numbers can be added to determine the numerical value of the name. As with letters, each number has meaning and provides a lesson about your personal nature.