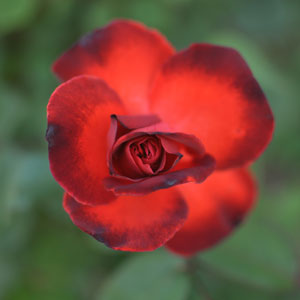 Birthstone Of The Month: Garnet

Those who love the red garnet may be surprised to know that this gemstone comes in a variety of colors - a rare green, a colorless version and black. However, as the birthstone for January, it's best known as a brilliant red gem for those born under the zodiac sign of Capricorn.

The garnet symbolizes eternal friendship, trust and loyalty. From these attributes, people through the ages have believed the garnet exudes confidence, promotes courage, attracts success in business and protects travelers. Taken a step beyond its power over friendship, the garnet is also seen as a symbol of love and passion for those in a romantic relationship.

Healing Properties
For centuries, garnets have been found in Australia, India, Spain and parts of Asia, South America and North America.Today, most garnets come from Sri Lanka, India and parts of Africa. They emerge as small pebbles in streams once the igneous and metamorphic rocks that contain them have weathered away. The name is derived from the Latin word for pomegranate because it resembles the color and seed-like formation of the fruit.

In ancient times, Egyptians, Greeks and Sumerians all prized the garnet for the healing power they believed the gem possessed. During medieval times, people wore the gemstone to protect themselves from poisons, wounds, bad dreams and depression.

For centuries, warriors of different nations believed that garnets protected them in battle. The Crusaders, for instance, viewed them as protection against wounds and accidents during their travels. Asiatic tribesman were known to use garnets as bullets.

A Gift Of Beauty And Truth
As one of the oldest gemstones to be discovered - as far back as 3100 B.C. in Egypt - people have always appreciated the garnet's beauty. With such an intense red color, the January birthstone was used by pre-Columbian Aztecs and Native Americans as ornaments. Egyptian artisans created garnet beads, bracelets and other types of jewelry just as designers do today.

The garnet is also a good gift to give someone who meditates regularly and is interested in spiritual growth. Among gemstones, it's known as the stone of truth. To benefit from its mystical strength, the gem should be held close to the body, either in the hand or on top of the head during meditation. Spiritual experts believe it will help increase a person's imagination and make a strong connection to a person's inner self.