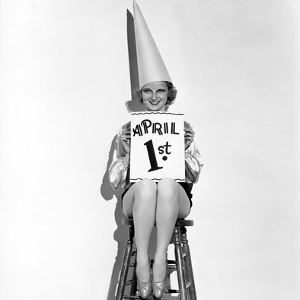 Today, most of the Western world celebrates April Fool’s Day with lighthearted pranks and friendly jokes, but this hasn’t always been the case. Read on to learn about the origins of April Fool’s Day, along with a few ideas for some fun pranks of your own.

The Origins of April Fool’s Day

Thousands of years ago, the Romans and other powerful civilizations relied on the Julian calendar. Established by Julius Caesar, this calendar considered April 1st to be the first day of the new year. Since the spring equinox falls just a few days earlier, typically on March 20th or 21st, early April signaled new growth and new beginnings. April 1st served as the date to start a new chapter and begin a new year.

When Pope Gregory XIII instituted the modern Gregorian calendar in the late 16th century, the new year fell on January 1st for the first time. Since news traveled a bit more slowly hundreds of years ago, however, this new date took some time to catch on. Those who were slow to begin following the new calendar and celebrating the adjusted date were known as traditionalists and came to be known as fools.

Those who wanted to poke fun at the traditionalists developed a practice of trickery. By sending them on fool’s errands or convincing them to believe something untrue, many people made a lighthearted example of these traditionalists. This practice spread throughout Europe and the rest of the western world, and today playing jokes on unsuspecting friends and strangers is an integral part of April 1st, or April Fool’s Day.

If you’re looking to get into the spirit by playing a few April Fool’s prank, be sure to consider pranks that focus on fun instead of hurt, humiliation, or grief. For example, temporarily install a loud instrument like an air horn in place of a doorstop. Anyone who opens the door will be startled by the loud noise, but you’re not likely to injure anyone.

For a lighthearted office prank, partner with your IT team to swap out a coworker’s technology with cardboard cutouts. At home, wrap the furniture or even an entire room in wrapping paper for a decorative and funny joke. Be sure to make the day about fun, and don’t take your fool’s errands too far.

The Fool Card in Tarot

Though fools often appear in a negative light, remember that in a tarot reading, the Fool is rarely a bad card. Known as card 0, or the only card without a Roman numeral, the Fool card is different. Just like in medieval times, when the fool or jester stood apart from other members of the court and didn’t follow the rules, the Fool card stands alone. Depending on the other cards you’re dealt, the Fool card can signal new steps, new potential, or even a new life. If you’re ready to make a change in your life, drawing the Fool card can be a very positive sign.

If you’re looking to turn over a new leaf, consider a psychic phone reading to talk through the steps. Embrace the fool and all of the positive new beginnings for which this ancient symbol stands.