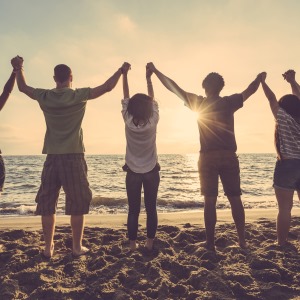 Now that Mercury retrograde is over, feel free to make big decisions and big changes!

In astrology, the planet Mercury rules several facets of our lives: communication, thought patterns, and relationship quality, among others. During Mercury retrograde, you might find yourself hovering in the shadows, catching up on Netflix and avoiding social situations to protect yourself. Now that it's over, however, you can start making changes for the better.

Since Mercury retrograde inhibits communication, don't get engaged or married while it lasts. Instead, wait until after Mercury returns to its prograde status. You can now communicate freely with your significant other and trust that you're not influenced by planetary alignment.

Buy a House or Car

When you make a big purchase, you have to negotiate the price. Since Mercury retrograde inhibits your ability to negotiate from a place of strength, wait until it ends. Now you can feel free to haggle at the dealership or with the loan officer. If you're not sure whether this is the right time to buy a house or car, consult phone psychics for guidance.

Thinking about switching to a new line of work? Now's the best time. Mercury retrograde has ended, so pull out the classifieds and start your new employment mission. When Mercury goes direct, job hunting becomes more productive and less stressful.

Most people find that spending money during Mercury retrograde results in buyer's remorse. Once it's over, however, you can loosen the purse strings a few notches. Don't go overboard — you still have to pay your rent — but catch up on the shopping that you eschewed during retrograde.

It's smart to stay tight-lipped during Mercury retrograde. You're likely to make an unintentionally offensive comment or irritate someone you love. After Mercury goes direct, you can relax and let your guard down. You're less likely to offend someone during this time.

Get Off the Couch

Mercury retrograde gives you a viable excuse to seclude yourself at home and avoid communication with others. Now that it's over, trade your pajamas for actual clothes and get out in the world. Reconnect with loved ones, try new electronics, and book a vacation. Since retrograde can influence air travel and computers, you might have stayed away from those things over the last three weeks.

Prepare for Next Time

It's over for now, but it'll come around again two more times this year. Check in with your astrologer to learn when Mercury retrograde will occur next during the year. He or she can also help you bolster yourself for its arrival, whether you're struggling with a relationship or worried about the potentially damaging impact on your career.

Breathe a sigh of relief. Without Mercury retrograde in your way, who knows which of life's obstacles you'll soar over next?

Daisies: I feel like saying as in the Wizard of Oz "The witch is Dead" for now.