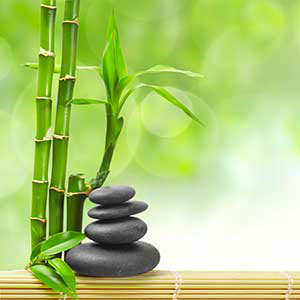 Keeping lucky symbols in your life can help bring positivity.

Across the world, different cultures associate certain symbols with good fortune and luck. When people stumble upon these symbols or charms, they usually feel excited and happy because they believe it’s a sign that something positive is going to happen to them. Whether or not the charms bring luck, they’re fun and just having them around can generate positive energy. If you want to surround yourself with some lucky symbols, here are several to consider.

Few symbols have such a strong association with good luck as the four-leaf clover. The humble green plant gained prominence in ancient Celtic culture when people believed it could ward off fairy mischief. If you aspire to find one of these lucky charms in nature, good luck! Only one in every 10,000 plants has the extra leaf. But you can get some tips on where to find one from an online psychic.

With its three leaves, the shamrock is synonymous with St. Patrick’s Day and celebrations honoring Ireland’s patron saint. St. Patrick reportedly used the leaves when trying to explain the Christian concept that the divine has three parts. As a result of this association with a religious tradition, the shamrock became synonymous with love and hope. Because the plant grows in abundance throughout Ireland, it’s also a sign of fertility and growth. As the shamrock’s connection to so many positive feelings and experiences grew, it became a symbol of good luck.

The number seven has a long history of being a favorite or lucky number for many people. Look no further than literature, fairy tales, and even some religious texts to find examples of authors using seven as a special number.

In modern times, casinos capitalize on the attraction to seven by making 777 the winning number on slots and other games of chance. It’s no wonder so many people see 777 as a lucky symbol; it heralds a coming prize from a casino game. One way to have more of this lucky symbol in your life is to consult a phone psychic. Before you head to a casino, ask the psychic which games you should play to have the best luck of hitting that 777.

Though bamboo originated as a symbol of friendship among Asian cultures, it’s gained acceptance worldwide as a unique gift. Many people believe that the person who receives a friendship bamboo plant will experience good luck. If you’re a practitioner of Feng Shui, put the bamboo on the east wall of a room to improve energy flow.

In Feng Shui, the luckiest version of bamboo includes all five elements. The stalks of the plant represent wood, the pebbles represent earth, and a red ribbon represents fire. Water is where the bamboo grows and a glass container stands in for metal.

To improve your fortune and bring more positive energy to your life, wear these lucky symbols, put them in your home, or place some in your car. Each time you see them, you'll be reminded of their positivity and good energy in your life.