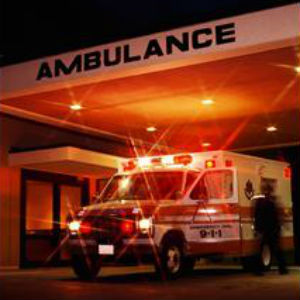 Who or what saved Aina Jean's life that day?

What started as a simple cold was quickly turning into a challenge to breathe.  Each breath was strangled with asthmatic wheezing and a tightening airway.
I delayed calling my physician as long as I could, because Hart to Hart was on, and there was no way I was missing an episode.  Soon it became almost impossible to draw a breath, and being five months pregnant, I decided to make the call.
Instead of his service, I reached the doctor directly.  It took almost three minutes for me to say my name because of delays caused by a constricted airway.  Unbeknown to the doctor or myself, I was having an allergic reaction to Erythromycin.
The doctor told me to call an ambulance, which I relayed to my drowsy husband.  He became belligerent.  His mother had died from aspirating perfume not two months earlier, and he felt that I was seeking attention from him.  “Drive yourself if you have to,” he said, slamming the door in my face.
All my life I’ve had asthma, but I never knew that you could die from it.  Somehow, it always seemed to go away or a breathing treatment would work.  On the way to the hospital, driving about 40 mph, I felt my airway close and couldn’t get a breath.  I remember looking at the street sign which read Hill Street, and to the best of my knowledge I had another half hour before reaching Lankenau Hospital near Philadelphia, Pennsylvania.
The worst section of the trip was the turn onto the hospital road itself.  It was a three-way intersection with a yellow blinking light that easily caused a ten to twenty minute delay to get through.  One section was the traffic leaving Philadelphia, another was a railroad crossing which was always busy, and the third part was the road I was on.
I wasn’t aware of any of this, however.  Instead, I experienced the pure bliss of floating, like I was rising higher and higher.  It felt so free, light, and pleasant.  Next thing I knew I was standing in the presence of the most intense love I’d ever felt.  It enveloped me and I knew at that moment I never wanted to leave that presence and definitely was not going back.
Communicating mentally, I heard the thought that I had to go back, and I argued.  There was no way I was going back—I was where I wanted to be.
Then my eyes opened, and my vehicle was parked crooked in front of the emergency room doors.  There was no one else around.  I got out and walked in, and being pregnant I quickly looked for a bathroom because I was nervous.
I remember people rushing at me and surrounding me.  I couldn’t talk so I made signs for a bathroom, and they followed me.  There had to be close to ten people and I remember thinking, “What is their problem?”
I knew why I had attracted attention when I saw myself in the bathroom mirror.  My face was a mottled shade of black.  I backed out of the bathroom and let them put me on the stretcher.
For seven days I received intensive care treatment, but absolutely no one believed that I stopped breathing at Hill Street.  They said the time frame would have been too long and I would not have been able to drive for over 20 minutes while not breathing.
I don’t know who drove the car; I can only suspect that it was an angel. I don’t know how or why I survived, except that it did change me.
Immediately following the incident I was able to walk by a person and know everything about them. I virtually existed on almost no sleep and very little food, having an abundance of energy and drive.
That lasted for about three weeks, and then life returned to as close to normal for someone with two small children and a troubled marriage. I will never forget that feeling of intense love.  That was the third time an angel came to me directly.  Someday I will share the other two visits. 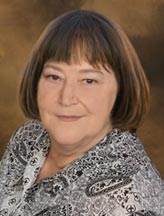