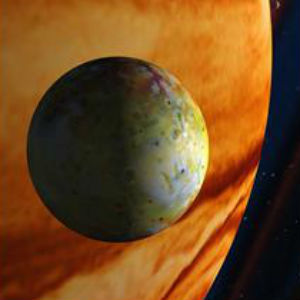 Have you witnessed the Jupiter Effect?

Most people tend to take someone at face value. But is that public image really who that person is?
In astrology, Jupiter has been associated with good luck, protection and expansion. This may be true in predictive astrology, but when it comes to personality review, Jupiter becomes a mirror that reflects back what the public thinks you are—not your true self.
What does that mean? Jupiter becomes similar to one of those huge blow-up billboards that Hollywood uses to display the face of a celebrity. It reflects back the WOW factor—a mesmerizing, exaggerated and deceptive impression that anyone could fall in love with. But it shadows the real person. We call this the Jupiter Effect: what you see is not necessarily what you get.
Here is a perfect example: A lady meets a wonderful man and feels a deep connection right away, as if they have a lot in common. He has Jupiter in Leo and she has many planets in fire in her birth chart. The flame of attraction is alive. Her friends approve of him, her parents are charmed, and she’s certain he’s her soul mate. The courtship is dreamy, the engagement is magical and the wedding is a huge social event.
Then… one year later she comes down to earth with the complete shock that she married Dr. Jekyll & Mr. Hyde. Depression, panic and anger grip her as she faces the fact she has married someone she doesn’t recognize. Even when she swallows her pride to share the nightmare and ask for help, no one believes her. They’re all still under the enchantment of the Jupiter Effect. Is she losing her mind? No… but what happened here?
In simple terms—his sexy Scorpio moon caused him to suddenly become secretive and withdrawn after marriage. His exciting Mars (sex and aggression) in Aries that courted her like James Bond is bored now that the chase is over. His Venus in Taurus that was so supportive is now self-indulgent and lazy.
All this was covered up by the warm, loyal, devoted, handsome image of Jupiter in Leo. In the end, the relationship falters and draws to a difficult close. We would call this a relationship of sincere attraction yet imbalanced inner structure. It would work for dating material but not marriage/long term.
Now not all Jupiter in Leos are like this as each person’s blue print/birth chart is different and there are many people who are very close to what they project. However in all my nearly 25 years of doing life coaching for personal relationships, this information can truly be a priceless bit of insight. It can assist people in using their free will and making more informed choices (and save a few broken hearts along the way).
The seduction of the Jupiter Effect is often hard to believe when it’s happening—and even harder to walk away from—as people are always hoping tomorrow is another day and we can turn the monkey into a devoted teddy bear. Sadly, this is highly unlikely when the Jupiter Effect is in play.