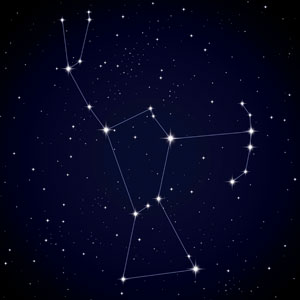 Tonight, when you look up in the sky, try to spot Orion! 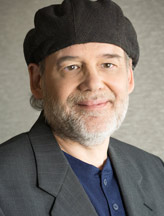 Get a Reading with Anthony x8064
At 2:00AM I looked to the east and saw Orion rise perfect and beautiful. It is one of my favorite meditations to gaze at the infinity shining above our heads. I am overjoyed at meteor showers when I get to see them. The sky is a very fickle hobby, with clouds and moonlight and city lights obscuring the wonders of celestial events. But one event is always exciting for me. Starting in the early morning hours in fall, my favorite constellation ORION rises in the eastern sky.  Orion is most visible in the evening sky from January - March, winter in the Northern Hemisphere, and summer in the Southern Hemisphere. In May - July, Orion is in the daytime sky and thus not visible at most latitudes.
Orion’s History
I believe we all share the psychic imagination and I like to let this sparkling collection of stars inspire my imagination to consider things infinite and cosmic! Apparently the “Swordsman of the Sky” has been doing that for a very long time. The earliest depiction of the constellation of Orion is a prehistoric mammoth ivory carving found in a cave in the Ach valley in West Germany in 1979. Archaeologists have estimated it to have been fashioned approximately 32,000 to 38,000 years ago.
Orion was named after the Greek Hunter, a gigantic, supernaturally strong hunter of ancient times. The ancient Babylonians called him “the Shepard of the Sky.” In ancient Egypt, the stars of Orion were regarded as a god, called Sah, one of many gods whose form the dead pharaoh was said to take in the afterlife. It is also believed the three great Pyramids and temples of ancient Egypt were built to mirror Orion.  That's right, the Great Pyramids of Giza are Orion's belt!  Wow!

The Bible mentions Orion three times. In medieval Muslim astronomy, Orion was known as al-jabbar, "the giant." In old Hungarian tradition, "Orion" is known as the magic Archer. The Rig Veda refers to the Orion Constellation as Mriga (The Deer) with his belt being three hunting dogs.  In addition, it is also believed the great pyramids of Giza are laid out to represent Orion’s Belt!
How the World Views Orion
There are alternative ways to visualize Orion. From the Southern Hemisphere, Orion is oriented south-upward, and the belt and sword are sometimes called the saucepan or pot in Australia and New Zealand. Orion's Belt is called Drie Konings (Three Kings) or the Drie Susters (Three Sisters) by Afrikaans speakers in South Africa and was referred to as "les Trois Rois" (the Three Kings) in medieval France.
The Three Kings is also often found in 17th- and 18th-century Dutch star charts and seaman's guides. The same three stars are known in Spain, Latin America, and the Philippines as "Las Tres Marías" (The Three Marys), and as "Los Tres Reyes Magos" (The three Wise Men) in Puerto Rico.

Have you had the chance to witness the Orion Meteor Shower as it dazzles the night sky? Your next opportunity to view this amazing sight will be in October 2018, peaking around October 21-22nd.  It's quite a magical night of wonder, I highly recommend putting a reminder on your calendar now so you don't forget to check it out when it returns!
A Seasonal Connection
Personally, I like to see Orion’s “three Kings" as the Christmas wise men following the brightest star in the eastern sky Sirius, the Christmas Star! You can even follow the line of the belt to the bright Sirius star!
In my imagination, as I look at the symmetry and perfection of the constellation, I let my mind expand and see Orion as he rises lying on his back, with his belt as three vertical stars lining up vertically, making the stars of his belt look to me like the border between this world and the next. There are two "equal" stars on either side speaking symbolically of the dual nature of our human experience both in physical life as a human being in time, and as a limitless energy form of pure spirit.
Two other stars are high on one side and low on the other, speaking of the difference in this "Free Will Zone" where we are thrown in with all other levels of consciousness and must face the challenge of loving those who are different from us. In the Spirit "Dream Time" we gravitate toward those who vibrate at the same level as we do.
As you look up to see the "Swordsman of the Sky" what does he inspire in your psychic imagination?  I leave you with a quote that inspires me.
Tolkien's Orion
"Then by some shift of airs all the mist was drawn away like a veil, and there leaned up, as he climbed over the rim of the world, the Swordsman of the Sky, Menelvagor with his shining belt. The Elves all burst into song. Suddenly under the trees a fire sprang up with a red light."  - "Fellowship of the Ring" by J.R.R. Tolkien. Chapter Three: "Three is Company" Pg. 91 Red Book Edition