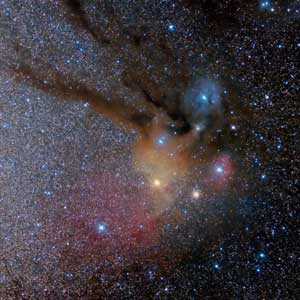 by Moira x7776
There's a lot of talk recently about Ophiuchus and the possibility of a 13th Zodiac sign. People are asking, “Wait, what happened, did my sign change? Am I still a Libra?” Don't worry. Nothing has changed.

Your astrology sign remains the same.
Ophiuchus Origins
The story began in Minneapolis, January 2011, and has made the rounds each year since then. Astronomy professor Parke Krunkle of Minneapolis Community and Technical College wrote, “Since the Babylonian zodiac periods were established millennia ago, the moon’s gravitational pull has made the Earth “wobble” around its axis in a process called precession. That has created about a one-month bump in the stars’ alignment, meaning that “when [astrologers] say that the sun is in Pisces, it’s really not in Pisces."
Professor Kunkle's quote was picked up by major media outlets, and perhaps because so many great things come out of Minneapolis; it's the third coast; comedy, culture, and music, the information went viral.
Constellation Confusion
The confusion arises when people incorrectly think that Astrology centers on the constellations.  Ophiuchus is a constellation. Western Astrology is based on seasons, not on constellations. Four seasons, each with a beginning (cardinal signs), middle (fixed signs) and end (mutable signs), which adds up to twelve zodiac signs.  An astrology chart is calculated using the day, hour, and minute of the birth as well as the longitude and latitude of the event.  Related data concerns the movements of the planets within a zone determined by the relationship between the Earth and Sun.
A few Astrologers practice something called Sidereal or constellation-based zodiac work and these practitioners, as well as Vedic Astrologers, may indeed recognize Ophiuchus as a 13th zodiac sign. In this practice, the new sign runs from November 29th thru December 18th, which in turn would designate different dates to the other 12 signs used in Western Astrology.
Nothing is Changing at Psychic Source!
But as I said in the title, no need to change your lucky zodiac tattoo, your astrological sign and horoscopes here at Psychic Source remain the same. Modern astrology focuses on our solar system. The constellations do not define astrological signs.  Western Astrology is Earth-centered, not star centered, nor Moon centered. So basically if the Moon's relative position to the Stars changes - the zodiac does not vary.

If you were born between November 22nd and December 21st you can take a deep breath and relax. You are still a Sagittarius just like always!