Would it surprise you to know the character of Luke Skywalker (first seen in 1977 in the original Star Wars movie) takes a page from Mayan astrology? This is just one example of how Mayan prediction systems influence society.

According to the Mayan dreamspell calendar, Skywalkers are part of a galactic tribe expressed through the Mayan solar wheel and prophecy. Sometimes Skywalkers are referred to as Angelic Messengers. These messengers illuminate humanity and prepare them for higher consciousness. They can also jump from dimension to dimension.

Skywalkers are just one aspect of these complex Mayan systems. In essence, they symbolize the soul’s eternal journey, similar to the Fool’s transformative journey in Tarot's major arcana.

The original Star Wars trilogy (loosely) explores the soul path of Luke Skywalker. Each of his trials appeared more difficult than the last and yet his transformation isn’t external. His aspirations are not about being a good person or performing good deeds. The motivation behind such beneficial actions is still rooted in the need for personal recognition.

No, the real Divine force Luke is seeking, moves beyond external fulfillment. He is illuminating his own supreme consciousness.

All the stories, myths, and legends found along the Mayan systems are revealing the Skywalkers' eternal message:

Mayan Systems in the Modern World

True awakening has no shortcuts and like the Mayan Skywalkers, we must be prepared to surrender our need for self-recognition. If the Mayans are teaching us anything, it is this: each cycle has its own set of values, challenges, and victories. All are transient. Some fade and never return, some rise only to fall, and others rise from nothing. The only true soul aspiration is to embrace the eternal wheel of transformation.

As you can gather, the Mayan calendar and prediction systems are not a set of static, predictable numerical calculations. They are alive and vibrant. Even today, they have a considerable influence on our psyche. From pop culture to astrology to Jungian archetypes to mystery schools.

Mayan representation seeps its way into every crevice of society.

First and foremost, it’s still a hot topic among scholars. Experts can rarely agree on how these systems first came into being and many struggle to calculate these calendars in the same way the Mayans did. We will learn more about miscalculations but for now, let’s start with the basics. 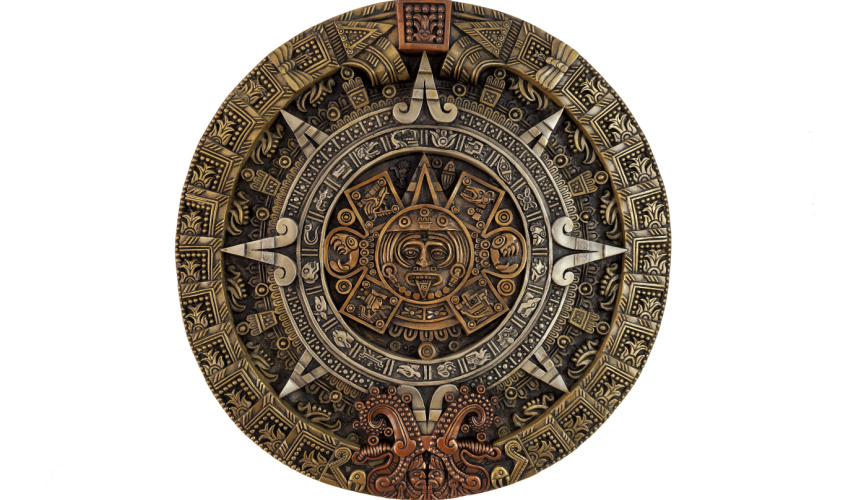 What is a Mayan Calendar?

According to Wikipedia, the Mayan calendar first emerged around the 5th century BC. Unlike today's Gregorian calendar which is a singular system; Mayan calendars are made up of “systems.”

In keeping with our galactic dream spell theme, Mayan mythology credits Itzamna, a primary sky God, for bringing these systems to human consciousness. Itzamna is known as Serpent, Sorcerer, and Divine Creator. His galactic signature embraces many attributes including Self Existing Serpent or Self Existing Sun. A familiar mantra for Itzamna is: “I Am That I Am That I Am.”

No archaeologist is able to accurately define Itzamna or his origins. After deep and intensive research, experts have yet to fully crack the code of this Mayan Deity.

The Mayan Calendars: The Long and Short of It

The Mayan long count is what closely represents our modern-day calendar of 365 days however it shifts every 52 years. This cycle is called a Haab and within the Haab are also lunar cycles plus night cycles of 6 or 9.

Tesla may have secretly tipped his hat to Mayan numerology when he stated:

“If you only knew the magnificence of the 3, 6, and 9, then you would have the key to the universe.”

The Mayan long count includes groupings of galactic signatures designed to predict events in human transformation with incredible accuracy. These Mayan prophecies follow a mathematical system in relation to Deities, lunar wheels, solar wheels, and star systems. Mayans believe both micro and macro systems are influenced by how well Deities (energies) mingle with other systems. Similar to the way a Meteorologist reads the sky to predict the weather.

If in a negative cycle, the people were extremely cautious of actions, words, and deeds. Sometimes staying indoors until the negative cycle passed.

To understand why let's use a planetary example. Take Saturn. In Vedic astrology, Saturn is known as the God of Karma. Most of us understand there is good Karma and not-so-good Karma. In esoteric terms, Karma leads us along the path of enlightenment. Saturn’s influence is too big to ignore and the lessons can be extremely tough. If we try to resist or push our luck, Saturn pushes us right back. This can be quite unpleasant. Better to surrender to the Karmic influences of Saturn and quietly embrace its transformative lessons.

The same can be said of Mayan systems. The difficulty in the calculations is meant to challenge us. To push our mind to new levels of awareness by aligning with the higher self. The Mayans learned how to welcome this esoteric wisdom. So much so, they did not fear recalculating along the path. Today's technology is still trying to figure out the vibrancy of this cosmic intelligence.

The short-count Mayan calendar system can be considered the lesser version of the long count. This system marks rites of passage, rituals, festivals, and every other aspect of Mayan life from ancestor worship to warfare.

In between the long and short, is an 819-day system with four quadrants that represent the four directions of the earth and their corresponding color. Black- west. Red- east. White- north. Yellow- south. In simple terms, this color coding helps us identify elements of spiritual development or practical application.

For example, a red glyph might indicate there is a spiritual lesson ready to ignite while a black glyph may signify the end of the harvest or a season. Once we attune to the symbolism on offer, it becomes a little easier to read the messages being revealed. 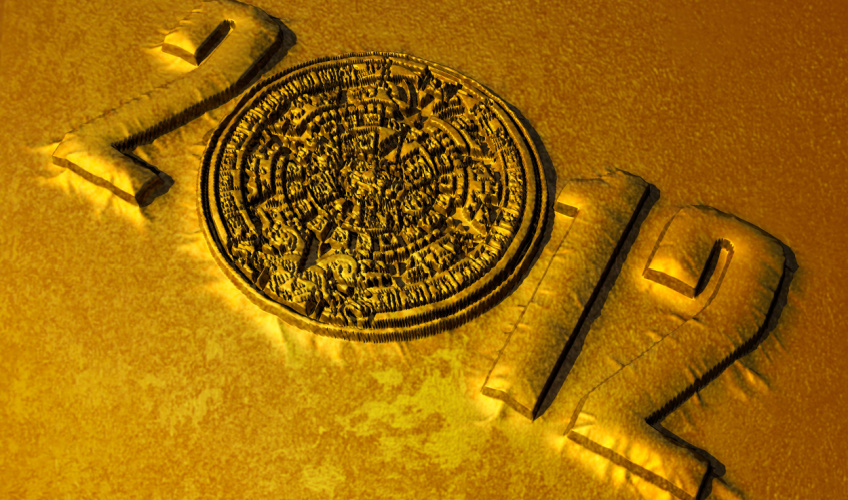 Mayan Calendar Predictions - How We Got It Wrong

Nothing is more embarrassing than getting predictions wrong. Hey, we’ve all been there! This is precisely what happened on December 21st, 2012. Scholars and new age disciples alike were convinced the world would end in some catastrophic event. Others believed people would be elevating in the streets. Unfortunately, these predictions failed to live up to their hype.

Apocalyptic doom is a modern concept that is not rooted in Mayan prophecy. This advanced culture would more likely celebrate the end of an era, rather than fear it. Mayans did not give cycles more importance than necessary.

Mayan Calendar - The Transformation of Consciousness

The takeaway of the 2012 miscalculation is the hidden wisdom behind Mayan prophecy. False predictions are part of a bigger lesson. We must learn to tame the self-serving personality, which always seeks self-importance and independence away from Source.

Transformation of consciousness means we have to drop all that we think we know, in order to become who we truly are. If we are one with Source, there is no need to seek self-recognition. The Mayans understood these Universal laws. They surrendered to oneness, vibration, and transmutation. Just as gravitational tides ebb and flow, Mayans used predictive systems to harmonize the stages of spiritual development within each cycle. They had no qualms about recalibrating along the way.

While it’s true Mayan calendar systems can seem like unsolvable riddles, these complexities are designed to challenge spiritual growth while protecting us from ingesting too much too soon.

Remember our galactic hero, Luke Skywalker? His first conversation with Jedi Master Yoda was full of riddles. This approach was necessary for Yoda to prepare Luke for the difficult path ahead. The same is true of us. Deep cosmic awakenings can rattle the very foundation of our beliefs. Learning about Mayan calendar systems force us to take baby steps. We must all learn to walk before we can run.

If you are curious about your galactic tribe, all I need is your date of birth to calculate your dreamspell signature. Reach me through direct message, chat, phone or by appointment.

Speak with a Psychic

Get a Reading with Sapphire x3149

Sapphire is a certified NLP Practitioner, globally certified through the American Board of Neurolinguistic Programming established in 1995. This global standard assures a high level of excellence subscribed by the Training Institute. Sapphire teaches clients how to overcome limiting belief systems stored in the subconscious mind by forming new habits and working with the path of least resistance. These reframing techniques are well established and practiced the world over with transformative results.

Rituals and Traditions to Connect with Ancestors by Psychic Sapphire

Improve Your Relationship with Money, Especially at the Holidays by Psychic Sapphire

Find out what to expect for your Chinese Zodiac sign during the Year of the Water Rabbit with Psychic Sarma's 2023 Chinese New Year astrology forecasts.