How do you love an Aries Man? 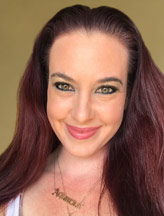 By Iris x3493
As we move past the Spring Equinox, we begin a new cycle in Aries which symbolizes rebirth and transformation. Aries, the first astrological sign of the zodiac is from March 21st- April 19th. It symbolically represents a time of resurrection and beginning anew when the first seeds have been planted and are ready to grow. In the sign of Aries, we discover the masculine vibration of the day forces and the inner fire that burns within our spirits to reignite our passion and drive into accomplishing our goals and ambitions.

The Aries man symbolizes the fire element and is ruled by the planet Mars, which is all about aggression, war, passion, and taking action. The Aries man in astrology symbolizes the infant, the pure soul who demands love and attention but has little comprehension on how to return it to others. Love to an Aries man is passionate and tender hearted, he yearns for acceptance and devotion. To the Aries soul, love is a necessity of life and without he feels as if he is dead inside.


What is Love to an Aries Man?

Aries symbolizes the Ram who is impulsive, assertive, and never gives up. He climbs the mountains to victory and to be a ruler of his kingdom. He symbolizes the Emperor or King in traditional Tarot as he builds a solid foundation to enjoy the fruits of his labor. In love, Aries enjoys deep sensual pleasure including touching, kissing, and caressing his partner as he rules the head and the features of the face of the Ram. He is the ultimate king who takes aggressive action towards initiating new love relationships and can be quite flirtatious when getting to know a woman. Love to an Aries man is a necessity in life that he cannot live without, he demands love wherever he goes and seeks acceptance and can be selfish, egotistical, and aggressive but when he loves deeply, he will be your warrior and never give up on you.
He can be impulsive at times and show violet emotional reactions yet can also be tender and kindhearted as he only wants to love and feel acceptance for who he is and what he offers to you. Being with an Aries man is a bit like being at war with someone. If the Aries man is spiritually evolved and has self-mastery over his emotions, he can be your true king who will passionately fight for you until the bitter end. He will stick by your side no matter what as long as you love him and are by his side through life's challenges and obstacles.

Sexual Behaviors and Attitudes of the Aries Man

The Aries man is dominant and is ruled by fire, so he will ignite your passionate desires. He enjoys being in control with his partner and he thinks about sex daily. He loves sex and would prefer having sex at least four times a week! The Aries man is innocently playful, very passionate and romantic so he truly desires commitment with a partner because he knows it will bring the two of you closer together in a relationship. The Aries man prefers to have sex for at least an hour and enjoys pleasing his partner. He does desire commitment in a relationship and believes when he finds the right woman that he will be completely devoted to only her and will never hurt or deceive her in any way. He is very spiritual when it comes to love and sex. The act touches his soul and he believes it is the closest thing to heaven as a spiritual union between two souls. In bed, if there is no passion even after a couple times of trying, he will just remain friends with the woman instead of forming a relationship.

What Qualities Does the Aries Man Look For in a Woman?

Aries is highly attracted to a woman who has a sense of humor and is intelligent so he can have good conversation with her. He is very playful and flirtatious, so he enjoys stimulating talks and seeing if they anything in common. The Aries man is initially first attracted to physical good looks but also personality. A sense of humor is what captures his attention. He enjoys a beautiful face, soft feminine voice, a nice smile and eyes that are inviting to the soul. An Aries man does not like playing mind games and looks for a partner that is honest and loyal as well as fully committed to him. The Aries loves natural perfume fragrances and the taste of his women's lips and mouth. He also likes to use food with sex and the smell of his lover’s skin.

- Bad teeth
- Too much makeup/perfume
- Eats, drinks, or smokes too much
- Arrogance
- Selfish
- Too heavy
- Talking too loudly/vulgar behavior
- Too much jewelry
- Argumentative/negative

He is a romantic lover and partner and enjoys dinners and long walks on the beach. He is stimulated with intellectual conversations, expressing his inner desires and seeing what his partners likes and dislikes are to see if they have anything in common. He enjoys outdoorsy activities such as hiking, camping, dancing, and anything that piques his interests. He can be quite competitive so even sports and rock climbing would be an enjoyable activity to do together as you laugh, play and just get to know one another. The Aries man is comfortable with public displays of affection including holding hands and even kissing in front of others. He is proud to show his love for another as he feels it is a beautiful thing to be displayed.

The perfect date to an Aries man can be as simple as taking a coffee or lunch break together while having stimulating conversations about what they share in common. An Aries man will enjoy going to a movie, community events, museums, theme parks, or even parades and dancing. He loves walking by the ocean, romantic dinners, and camping. He can be the one that takes the initiative as far as getting her phone number or asking if she is single, but he will see if the woman makes the move first and if she doesn't then he will go for it. He is a traditional man so as long as there are great conversations, he will be happy not to bring up sex right away on a date, but he most certainly is hoping for it.

From Soul Mate to Soul Hate by Psychic Iris

Life on the Aries Taurus Cusp by Psychic Moira

Discover all about the unique personality traits of those born on the cusp between Aries and Taurus Zodiac signs.