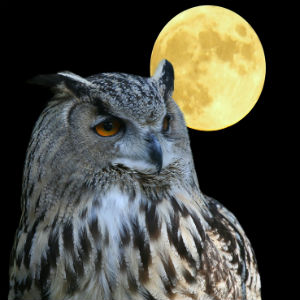 Eclipse season happens twice a year in the spring and fall. In ancient times it didn’t bode well for all concerned, from royals to peasants. Interpretations were mixed largely with folklore, wild imagination, and ignorance.

Has it changed much in modern times?
Yes and no. We don’t anticipate the Black Death/failed crops or the fall of an empire. However, the shadow it creates should be taken seriously. The rule is that 10 days before and 3 days after an eclipse, it not only disrupts the entire planet’s vibrations, but over shadows the reality of what’s taking place. The shadow has the power to conceal many things, creating illusions. Once it has passed it can reveal both positive and negative surprises.

This eclipse season started with FIRE/ARIES on 10/8/2014, a Lunar Full Moon ruling female energy and emotions. All FIRE and WATER signs could have elevated emotional issues disguised by other motivations that when the shadow passes could reveal new changes/directions in their personal lives. The EARTH/WATER signs could be effected by what appears to be aggressive, inflexible behavior by others but they’ll come to discover that the actions were for completely different reasons and not a personal attack.

The second eclipse on 10/23/2014 falls in the water sign of SCORPIO, a Solar New Moon male energy. All WATER/EARTH signs could find that security/control issues could be overshadowed by family influence from good intentions but little forethought that will be revealed after the shadow clears. The FIRE/AIR signs may experience frustrations with sudden adjustments created by the appearance of controlling actions when in fact the sincere desire to guide/assist is covered by poor delivery.

One of the most famous eclipse events was when Prince Charles married the late Princess Diana near an eclipse in LEO. Yes, both thought they were in royal control and we all know how that ended up.

It’s helpful to postpone forming any firm opinions/decisions until the shadow has passed and clear vision is restored in our daily lives.

Any questions about the shadow in your astrology please contact me!