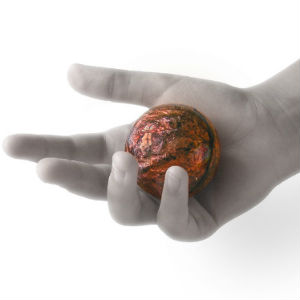 What change will be brought on by Mars stationing direct?

Mars entered Libra December 8, 2013. Here Mars is in detriment, in a sign where it’s not at ease. Mars began a retrograde course on March 1, 2014 at 27 degrees Libra, meeting the Cardinal Grand Cross April 20 – 24 at 13 degrees. Chaos followed; many people felt powerless, pushed beyond their comfort zone by an unseen force. Best laid plans came to a complete standstill.
Our dreams and goals came under review, sometimes with angry words, and yet Mars, the ruler of Aries and original ruler of Scorpio, is as much about sexuality and love as it is about war. It infuses us with the determination to honor our relationships. Cooler heads (Libra) prevail and we tend to respond rather than react. Mars (action) in Libra (fairness) looks at important heart-centered and political issues such as the freedom to marry the person you love. Bringing attention to what is fair and right, striving to bring about positive and lasting change for the greater good for all.
Retrograde cycles are fated times, the planet in retrograde offers a gift and one must surrender to the indirect energy in order to receive. Generally, Mars is a reactive, hurried power. The influence of Mars in Libra is internalized and intuitive. Throughout this retrograde cycle Mars has worked beyond the superficial, gradually carrying issues to the surface and exposing them to light. Growth and self-actualization came from accepting accountability for our decisions. Damaging feelings fell away and released their hold over the future.
Mars stationed direct Monday May 19 at 9:31pm. Give it a couple of days, and look to the place in your chart where Mars is currently traveling. It’s there you’ll feel the release of whatever has been building these past couple of months. Mars Retrograde may have created delay in your personal life, however, it’s important to remember that whatever has been formed during this phase will be made much richer and enduring as Mars stations direct.

Tamara: HI! Moria, With so much happening stress, holiday's, money, death etc. any advice, or natural scents, herbs that are calming to those that need a little love in there life. So many people get so stressed out during this time of the year, and everyday! So much road rage! Just so much anger! help! Please. Me T.