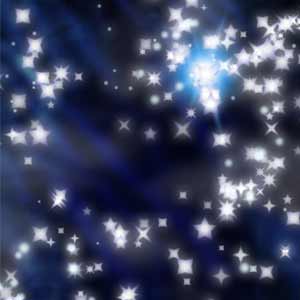 Is it love, or just the Uranus-Venus factor?

Have you ever met a person for the first time and can’t stop talking/thinking about them. You’re suddenly more alive, possibly bewitched, almost as if you’ve passed into a magical other-world dimension. You don’t need to sleep or eat, and obligations like jobs, paying bills or managing daily life seem to recede into a misty fogbank. What’s happened here?
Uranus, the planet of lightening, has zapped your Venus. When you get struck by this emotional lightening it trips your desires into overdrive releasing an avalanche of magical endorphins. You’re convinced you’ve met the love of your life. Any character flaws become invisible. Perception is fried but you can’t get over the seduction of those feelings!
Venus is what you need to feel deeply loved, respected, and protected. The important factor here is that there can be an easy-come/easy-go element. A connection reaction like this can end as suddenly as it began. As you swim through what’s really happening, your judgment is impaired, making it hard to even believe that something so amazing could not only be short lived, but very wrong for you.
Currently Uranus (which spends 6-7 years in each sign) is bouncing through the fire sign of Aries. So Aries Sun/Moon and Mars/ Venus people are on Mr. Toads Wild Ride (a wild and crazy Disney ride, if any of you remember!) depending when in the sign they were born. Uranus is about half way through this sign at the moment. Libra’s are also effected with more relationship crazies than they’ve seen in years. Uranus also rules divorce/separation that could include marriage/dating and professional relationships.
The hardest hit signs are Cancer and Capricorn as they navigate the blots out of the blue lessons in love and money. It’s definitely not a boring time. Uranus has a way of unchaining us as it rules freedom and sudden windfalls, but people tend to find sudden disruption unsettling. On the bright side, they could bring a positive outcome in the long run.
The Uranus/Venus factor can take the best of us by total surprise. Some will choose to ride it out, justifying all the crazy no matter what; others will run in the opposite direction, and the rest will just shake their heads dumbfounded that this happened to them. No matter your response there’s an afterworld to return to a new tomorrow. You will recover but not without some colorful memories to take with you.