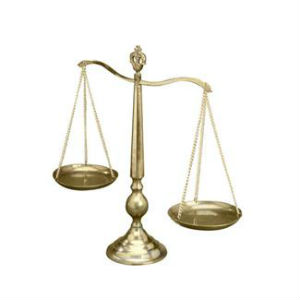 Libras are pretty good at balancing things... but is it true for their relationships?

Libras are often busy untangling emotional misunderstandings or charming someone into donating to a needy charity. After all, they’re the diplomats of the world and are legend for their graciousness, charm, and elegance. Their element is air, their planet Venus, and their symbol is the justice scales.
Social creatures at heart, Libras are at their best when they’re bringing people and ideas together for the greater good. They need this interaction—whether it’s a pal to go shopping with, a roommate, a business partner, or a mate. No other astrological sign is more lost than when a Libra is without a companion. This essence increases when there are several Libra planets in your chart. It’s all about having “the other” to balance. This sign is constantly readjusting to alien themselves to blend with the forces around them. It’s about keeping the peace and achieving inner balance.
In matters of the heart, you’re dealing with a true romantic. Libras want the great movie romance to appear and dance to “Some Enchanted Evening.”
At times, they appear a bit cool and detached, but that covers their great vulnerability. Libras need to be courted in an old fashioned way with flowers and fine dining. They don’t like uncivilized people or anyone that makes them uncomfortable in public. So show up well-dressed and have good manners. Libras love beautiful things, like lovely little gifts.
Because of their deep need to be connected in a relationship they are known to gloss over the ugly meanies and are often sadly unable to leave worn out/broken relationships for fear of being alone forever.
They can marry several times but have a dedication of spirit that believes in their soul that the next person could be “The One.” They will spend a lifetime looking for that soul mate because tomorrow is another day!
Now about the other side of Libra; the side that shadows the steel magnolia. They really can be the Iron hand in the velvet glove when needed. They have the skills to move people, relationships, situations, and emotions to accomplish their desired outcome. They have a sleek power that should not be underestimated. It’s not their first choice to pull out this part of themselves but it simmers just below the surface if needed.
So if you’re lucky enough to love a Libra, know they’re in your corner. Treat them fairly with kindness and style and they’ll have your back with a devoted heart.
You could build a family or an empire with Libra’s unending support as they are often considered the real power behind the throne.