An eclipse is such a such a beautiful and spiritual part of us emotionally and spiritually.  But what exactly is an eclipse?  Well, there are two types of eclipses, a solar eclipse, and a lunar eclipse.  And each one can be considered partial or total.  Let’s break that down a little further and explore the 4 types of eclipses and how and when they occur.

What is a Lunar Eclipse?

Simply put, when the Earth moves between the Sun and the Moon, the Earth blocks the light from the Sun that normally is reflected by the Moon. As a result, Earth’s shadow falls on the Moon, causing an eclipse of the Moon referred to as a Lunar Eclipse.  A Lunar Eclipse can only occur during a Full Moon.

A Total Lunar Eclipse will happen when the Moon and the Sun are on exact opposite sides of the Earth.  Even though the Moon is in Earth’s shadow, some sunlight still reaches the Moon, but the blue light is mostly filtered out, causing the Moon to appear red on Earth. This is also commonly known as a Blood Moon.

A Lunar Eclipse usually lasts for a few hours and anywhere from none to three Partial Lunar Eclipses occur every year. A Total Lunar Eclipse is rarer, usually only occurring about once every 2-1/2 years, yet in 2022 we will have two of them less than 6 months apart!  It is completely safe to look directly at a Lunar Eclipse.

What is a Solar Eclipse?

A Total Solar Eclipse is only visible from a small area on Earth, you must be in the center of the Moon’s shadow when it hits Earth. The sky actually becomes dark as if it was nighttime.  A total solar eclipse can only occur when the Sun, Moon and Earth are all in a direct line.

A Partial Solar Eclipse happens when the Sun, Moon and Earth are not exactly aligned, and the Sun will appear to have a dark shadow on a small part of its surface.

A Solar Eclipse happens every 2 to occasionally 5 times per year on Earth somewhere, but unlike a Lunar Eclipse, a Solar Eclipse only lasts for a few minutes.  And they are NOT safe to look directly at, you must use proper safety equipment to view a Solar Eclipse or risk permanent damage to your eyes.

Lunar and Solar Eclipse Guide for 2022

There will be 2 Lunar Eclipses and 2 Solar Eclipses that occur in 2022.  Ironically they are clustered together, with the first two eclipses occurring in late April/early May and the other two later in the year from late October/early November.

The first eclipse of 2022 will be a Partial Solar Eclipse which occurs on April 30, 2022.  Unfortunately, it will only be visible in the Southern Hemisphere in limited parts of Southern South America and Antarctica.  So, unless you live in one of those areas, your best bet to view this may be online from a website that may stream the eclipse. The exact timing of this will vary based on the specific locations, but it will occur between 2:45PM and 6:38PM (Eastern Time), with the maximum eclipse taking place at 4:41PM.  As with all solar eclipses, weather conditions and cloud cover can affect just how visible the eclipse will actually be.

If you are looking to see a Total Lunar Eclipse in 2022, you are in luck, with two opportunities. The first one, occurring with the Flower Full Moon will take place on the evening of Sunday May 15 into Monday May 16. This 100% reddish Blood Moon will be visible in North America for 84 minutes. The Total Lunar Eclipse will be visible in South/West Europe, South/West Asia, Africa, most of North America, as well as over all 4 oceans.  If you are in the United States, the lunar eclipse itself will begin as early as 9:32PM on the 15th and last until 2:50AM on the 16th. However, the peak time to view the Total Lunar Eclipse will be at 12:11AM. All times listed are Eastern Time.

During a Total Lunar Eclipse, this is an important time to truly connect with yourself and get some pretty powerful readings during this shift in the Universe.

A second Partial Solar Eclipse will occur in the final week of October 2022.  This time, it’s part of the Northern Hemisphere that will be able to witness the event.  The Partial Solar Eclipse will begin on October 25th at 4:58AM and end by 9:02AM, with the peak occurring right at 7:00AM (again, all times are Eastern, so it will vary by time zone). It will only be visible in parts of Europe, South/West Asia, and North/East Africa.  Again, if you live in North America, your best bet will be to wake up early and try to stream the eclipse online and hope for clear skies!

A second Total Lunar Eclipse, and final eclipse of the year, will happen on November 8th, 2022. The eclipse will be a dark one with the northern tip of the Moon passing through the center of Earth's shadow during the Full Beaver Moon.  In Eastern Time, this eclipse will begin at 3:02AM and end by 8:56AM, although it won’t be fully visible the entire time. The peak viewing time will be right at 6:00AM.  A good portion of the globe will get to experience at least part of this Total Lunar Eclipse including areas of North/East Europe, Asia, Australia, North America, and most of South America.

Once again, during this Lunar Eclipse, it is a good time for a complete spiritual and emotional makeover.

How Can a Solar Eclipse or Lunar Eclipse Affect Me?

Due to the four eclipses taking place this year, there is so much balance and transition that everything you desire is reachable. You can expect the 4 eclipses to affect you in many different ways. Lunar Eclipses are more emotional, for they bring on final endings, and often make us sentimental and aware of the passage of time. A Full Moon Lunar Eclipse is almost always an emotional time as memories and dreams rise to the surface.

A big key during these transitions is for you to not become so emotional that you reconnect with toxic people or old toxic relationships that do not serve you.  This goes for relationships with friends, family, and romantic partners.  It is truly a time to find your voice and seek balance!

An Eclipse is the Perfect Time to Up Your Self-Care

Both a Solar and Lunar Eclipse are the ideal time to help you up your self-love regime. The biggest part of the self-care ritual is to take a spiritual bath before the eclipse. You should also enjoy some herbal tea, meditation, and soothing music. You may want to write yourself a letter and manifest what your desires are for the rest of the year.

During a Lunar Eclipse, we could be inclined to change our inner identity in major ways. If this means doing drastic and irreversible things to the way you look, be sure you’ve thought about the consequences!  You might be following your sexual desires but consider any and all repercussions.

During a Solar Eclipse, our identity will be affected on a more conscious level. We’ll see things happening and changing right before our eyes in the real world, with actual manifestations playing out for people. Keep your eyes peeled for folks enjoying success and opportunities or making sweeping changes. They’re the people embodying the eclipse energy and having a strong spiritual change within!

Eclipses are potent portals to create a shift but that doesn’t come without its negative symptoms. From tiredness and headaches, to feeling generally run down or crazily on edge, the effects of eclipses can be felt before, during and after, with increased sensitivity during the day of the eclipse.

Water, Candles, and Meditation During a Lunar Eclipse and a Solar Eclipse

Did you know one of the most powerful things you can do during an eclipse is to drink water?   Many have reported that drinking water helped balance the above-mentioned emotions and stopped them from making bad decisions during the entire week of the eclipse.  In addition, you may want to light cinnamon incense and burn a yellow or orange candle to heighten the spiritual process during the eclipse. Meditation on the day of the eclipse has also been very helpful and will give you a level up on the transition.

During the eclipse connecting early in the day with your Angels and Spirit Guides will allow you to achieve the highest growth of your spiritual transition and allow you to truly gain everything you have been seeking.

I hope to connect with you during any future eclipse for any additional questions or rituals you would love to explore further.

Speak with an Astrologer

Nova is a World Renowned Natural Born clairvoyant and Psychic Medium. She has appeared on several radio and TV shows, along with being featured in a newspaper article for an International Missing person case in 2006. Nova has a master’s degree in Grief Therapy & Funeral Director Mortuary Science. She is also a midwife, doula, medical rape victims advocate and domestic violence prevention advocate. Nova’s biggest accomplishment was in 2021 when she became the first African American Certified Death Midwife in her entire state. She is a certified yoga teacher/trainer, reiki master teacher/trainer level 1, 2, 3, a master meditation teacher and spiritual teacher. 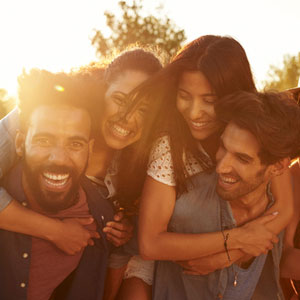 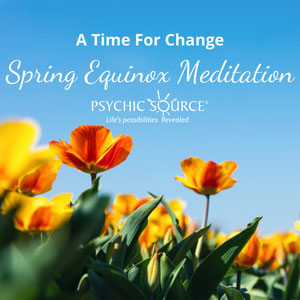 A Time for Change - Spring Equinox Meditation by Psychic Nova 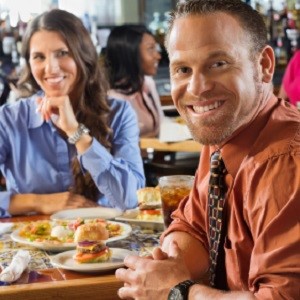 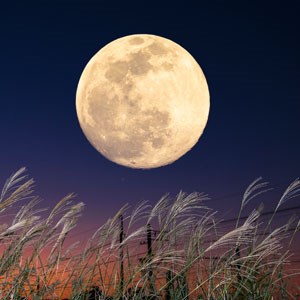 What will the energy of the 2022 Autumn Full Harvest Moon bring to your zodiac sign? Psychic Source Advisor Suzi offers an astrological look at what lies ahead.