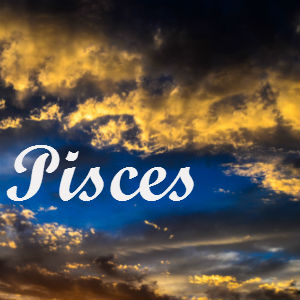 Make the most of this New Moon!

Friday February 28, 2014 at 11:59 PM (so just about March 1st) the second New Moon of 2014 will click into being.  The New Moon, also called the dark of the moon, is when the Sun and Moon are aligned in the heavens; this is the time of the month when there’s just the tiniest spec of a moon that is barely seen on the horizon as the sun sets (because it’s travelling in the same “place” as the sun).
Astrologers call this a conjunction. When two or more stellar bodies occur within a few degrees of each other in the zodiac, their energies fuse to form something new. Whatever this new energy is, it exists as potential energy; it acts spontaneously, each is colored or influenced by the other(s), and a relationship is formed. Astrology (and the life that it articulates) is full of these cycles of relationship. The Sun/Moon cycle is the easiest and most accessible to understand.
One of the things about the New Moon conjunction is that there is a lot of potential, anything can happen, and that’s why it is an excellent time to initiate actions, engage in some activity, catch the wave. The energy of the New Moon with initiated action can carry you to many objectives whether they are related to career, love, travel, education, spiritual awakening, and friendship… anything you can think of, because they happen in each one of the 12 signs throughout the year, and the 12 signs represent the totality of life experience.
This New Moon is in Pisces so the actions to initiate have to do with Piscean things. It’s also important to consider house placement, however, since that’s different for each individual and dependent on birth time, this information is best obtained from an astrologer.
The types of actions that the Pisces New Moon will facilitate will have to do with the more subtle, graceful, idealistic aspects of life. This will be a great time to start creative projects (especially painting, music, and poetry), start a yoga or meditation regimen, engage in psychotherapy, schedule a psychic reading, or evaluate your relationship.
Pisces is also the last sign of the zodiac circle before it begins again with Aries (the eloquent circle of life) so a Pisces New Moon is additionally a good time to end things. Discard habits, shames, behaviors, and thought patterns that sit in the deepest hiding place of your inner closet.  Pisces is related to the Greek God Neptune, God of the oceans, and of course water is associated with cleansing.
There are 13 New Moons in a calendar year and 13 opportunities to catch that wave of initiating energy. What better way to get started than on the back of a gentle but sure Pisces wave? 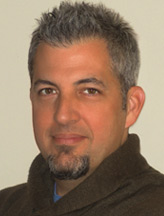